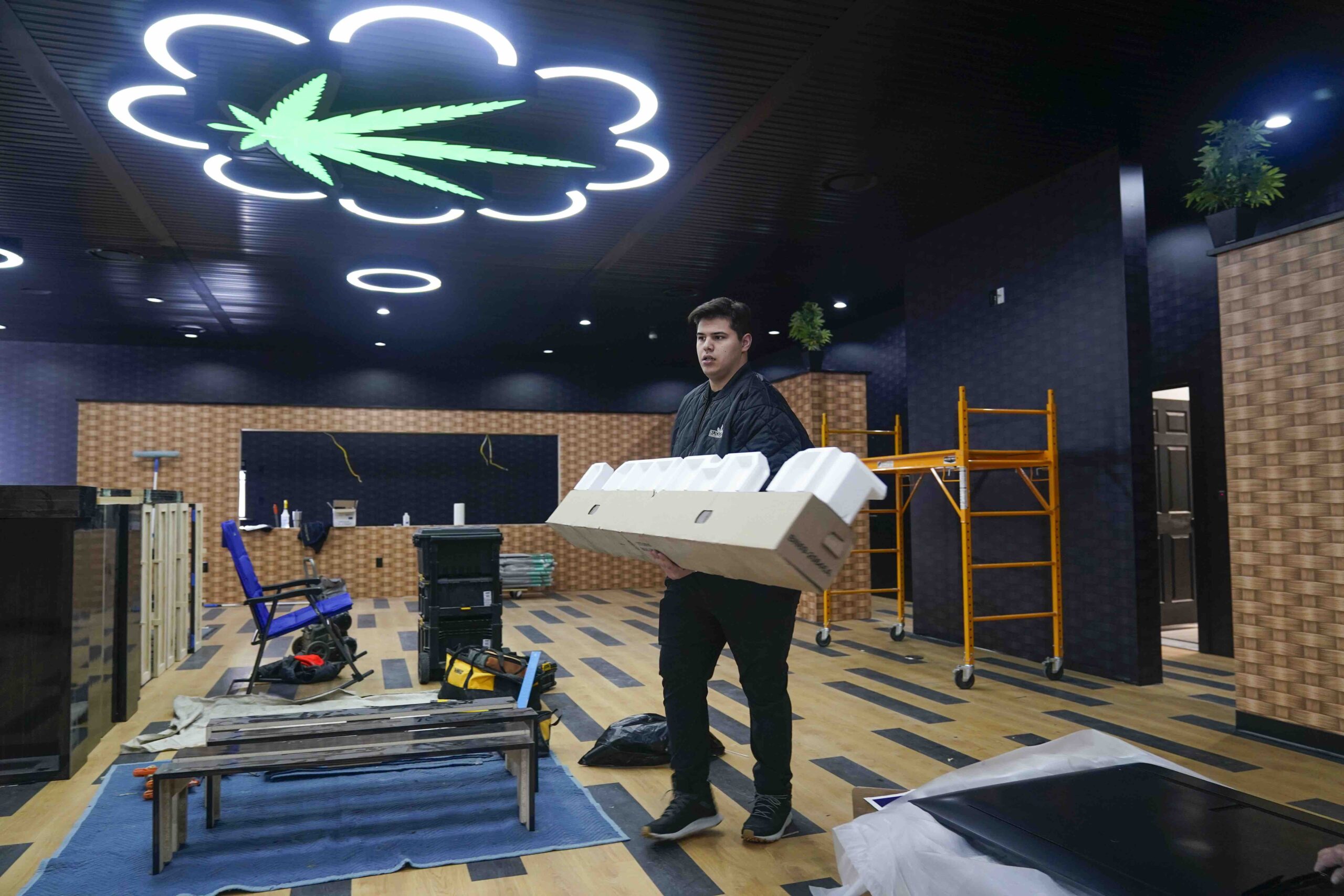 Inflation hasn’t had much impact on demand among American marijuana consumers, but it’s having a major impact on cannabis startup companies—especially those in newly legal states.

Those higher startup costs could slow the expansion of the legal cannabis industry in newly legal states like New Jersey, New York, Connecticut, and Rhode Island. Consumers may have to wait a little longer before a legal cannabis store opens near them—simply because it costs too much to actually build out a cannabis facility.

Rising costs are also expected to affect the number of cannabis jobs created this year. Higher materials and labor costs, along with higher finance costs, will mean 8,300 cannabis-related jobs that might have been created—simply won’t exist. If our current inflationary period extends into next year, as many as 18,500 jobs could be affected in 2023.

A reduction in the number of cannabis operations will also impact the number of jobs created. Whitney Economics is also forecasting that the impact of higher start-up costs combined with higher finance costs will reduce cannabis employment opportunities by 8,300 jobs in 2022 and by 18,500 jobs in 2023.

Startup costs are 25% to 40% higher than two years ago

Those higher costs aren’t unique to cannabis startups. But with limited access to financing, cannabis operators are facing a tougher time getting up and running. Increased building costs and increased borrowing costs each represent a major hurdle for all new businesses, and that’s especially so for cannabis startups.

The supply of cannabis plays a fundamental role in the success or failure of newly legal markets. Without adequate legal cannabis access and supply, prices will remain artificially high and discourage consumers from participating in the legal market.

As more startups struggle to open their doors, there will be fewer ways to access legal cannabis, and consumers will continue to rely upon the illicit market. That is expected to result in reduced sales, limited tax revenue, and fewer new jobs.

Supply, access to legal cannabis, and products priced relatively close to the illicit channels are the three most important factors in convincing consumers to transition away from the illicit market. The greater the access, the easier it is to participate legally, as long as the price is competitive with illicit operators.

Data show that consumers are very price sensitive, but are still willing to pay a premium in order to participate in the legal cannabis market. If that premium rises above 10% – 15%, however, the pace of consumer conversion slows considerably. And inflation is driving higher internal operational costs, as prices are rising for everything from glass cleaner to toilet paper. So the profit margins in already-existing cannabis stores are getting squeezed too.

Data also show that if there is less access to cannabis, and demand outweighs supply, legal cannabis stores will keep their prices higher, which has the impact of inadvertently perpetuating the illicit market.

The below chart examines construction material prices in Portland, Oregon. This is indicative of a trend that is being seen across the country. Notice that there was an initial dip in prices entering into Covid, but as the pandemic prolonged and headed into 2021, prices began to skyrocket. This is most acutely illustrated by the price of lumber, which has risen 152% since 1Q 2019. The pace of construction material inflation has not yet abated in 2022.

HVAC costs have gone through the roof

Cannabis processing and retail facilities are required to install air management systems, and this too may be pricing cannabis startups out of the market. One HVAC distributor in Arizona is quoted as saying that if rate increases persist, “new air conditioner prices in 2022 could be as much as 56% higher by next November.” Rates have jumped since 2021 and are forecasted to continue into 2023.

Investors are looking at distressed facilities in mature markets

In mature state markets like Colorado, Washington, and Oregon, investors are more inclined to purchase distressed assets (and there are a lot of them) that have existing infrastructure, rather than build new facilities.

This is also true in evolving state markets, like California, where some operators are in distress. In a recent Whitney Economics business conditions survey, only 22% of California respondents stated that they were profitable.

Purchasing distressed operations makes it much less expensive for investors to enter these markets than it would be to set up operations in new markets. The tradeoff of buying distressed assets is that they tend to be located in markets that are mostly oversupplied. These markets are more competitive, and as a result they deliver lower margins to investors.

Generally speaking, an increase in interest rates has a greater impact on smaller businesses than on larger firms. Whether or not they are operating a cannabis business, small business owners are concerned about higher interest rates.

Costs are even higher for cannabis startups

The table below shows that large cannabis multi-state operators pay 10% interest on corporate debt, which is triple the interest of the average rate paid by corporations, who pay 3%. Cannabis startups can expect to borrow money at 21%-25%, which is seven to eight times what corporations paid in 2021.

What a 4% loan rate increase means for a monthly payment

In the case of a typical $2 million business loan, a 4% increase in borrowing rate amounts to an additional $80,000 in interest payments per year, which is a little more than $7,500 a month.

In that case, the $7,500 is not being spent on employees, marketing, health care insurance, and other aspects of the business. Rising interest rates make it that much more difficult to survive.

Rising costs will eventually have an impact on the growth of the US cannabis industry. Whitney Economics is forecasting that rising costs will result in decreased legal sales in 2022, and particularly in 2023.

This will not be due to a decline in demand, but due to a decline in supply from a lack of access to legal cannabis. By limiting the supply and deployment of the licenses, overall US sales and growth rates will be affected. As a result, Whitney Economics is reducing its forecast for sales in the legal US market in 2022 from $29.3 billion to $28.8 billion and in 2023 from $34.4 billion to $33.3 billion.

To a certain extent, the impact of high borrowing costs and start-up inflation is inescapable. All businesses, no matter what they sell, are facing higher costs. But those costs are inflated even further by the peculiar restrictions faced by those in the cannabis industry.

Passing the SAFE Banking Act, which is currently stalled in Congress, would provide legal cannabis companies with greater access to financial services. Passing the reform measure would especially benefit women-owned and minority-owned cannabis companies, which are disproportionately impacted by the lack of banking services.

Cannabis retailers in the United States are currently paying a 70% effective tax rate. Tax reform, and specifically IRS Code 280E reform, would significantly reduce operating costs for cannabis retailers, increase legal participation in the market, and increase employment. Lower costs would lead to lower prices, and would result in faster consumer transitions into the legal market.

These are two simple and powerful solutions that are available and have been discussed in Washington, DC, for years and could provide permanent relief from the higher costs associated with starting a cannabis business.