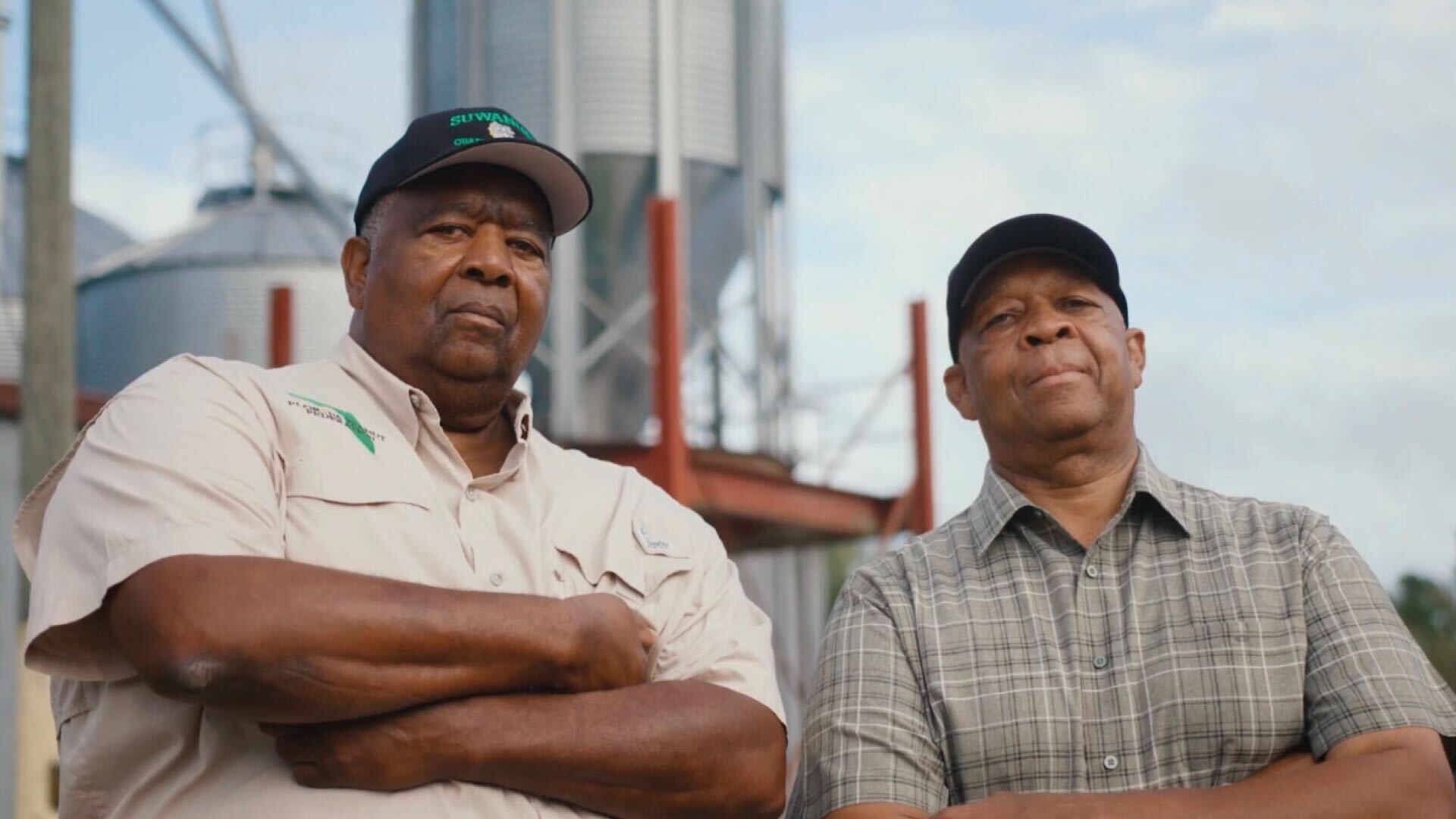 Meet the brothers who just got approved to paint Florida’s new frontier green with medical cannabis.

Earlier this year, in March, Florida regulators began reviewing applications from 12 Black farmers competing for one license to grow medical cannabis. On September 20, the Department of Health announced a “written letter of intent” had been given to Terry Donnell Gwinn, the owner of the Gwinn Brothers Farm located in McAlpin, Florida.

Gwinn beat out 11 other applicants competing for the single license, which the state earmarked for Black farmers who were part of two class action lawsuits called the Pigford vs. Glickman cases. Thousands of Black farmers in Florida won settlements after proving they were neglected by federal officials in the 1980s and 1990s. In 2017, lawmakers decided that giving one of the thousands of settlement winners a license to produce cannabis would improve the state’s dismal reputation for social equity.

Of those who qualified both as settlement winners and as exceptional operators, the Gwinn brothers proved to be the cream of the crop.

“Mr. Gwinn is very pleased that his application was selected for licensure and is grateful for the hard work by the Florida Department of Health, Office of Medical Marijuana Use, to complete the review of the applications received. He looks forward to working with the office to complete the final steps to licensure.

The Gwinn brothers were raised on a farm in Suwannee County, and they will likely sow Suwannee’s soil for the rest of their lives. “Nowadays, our business consists of about 800 acres of grain to feed the chickens in our county,” Gwinn said in a county video for their farm. The Gwinns also have roughly 500-600 acres of peanuts, according to Donnell.

“Most of our peanuts go into the Hersehey’s candy bars. It makes me feel good that I built something like this in Suwannee County,” Gwinn said in the video.

Donnell’s brother, Clifford, calls Suwannee “Florida’s new frontier.” And after years of teaching other farmers how to grow traditional crops, the Gwinns are ready to pioneer their state’s controversial, but promising, medical market.

Black farmers across the state have been fighting for space in Florida’s medical marijuana industry since its genesis. When legalization was on the horizon in 2015, farmers and advocates began contending that it would be difficult to build a foothold in the state’s medicinal industry since larger businesses would be able to launch ahead of them.

In 2016, Florida broadly legalized medical cannabis. In the state’s haste to pass the measure and establish a regulatory structure, the idea of establishing a level playing field was an afterthought. Then in 2017, retrospect led to a statute that mandated a license must be given to at least “one applicant that is a recognized class member” in the decades-old “Pigford”proceedings.

The Pigford cases dealt with racial discrimination against Black farmers by federal officials. The class action lawsuit established that the United States Department of Agriculture (USDA) had racially discriminated against Florida’s Black farmers for decades and ignored requests to respond to complaints from 1983 to 1997. Two separate groups of thousands of farmers were granted cash relief, tax payments, and debt relief in 2000 and 2010.

Prior to the Pigford amendment, the law required that licensees of a registered nursery have operated for a minimum of 30 consecutive years, which was a requirement that could not met by the majority of Black farmers in the state, as a direct result of discrimination outlined in the Pigford cases.

Donnell, Robert, and Clifford have operated their 1,137-acre farm in Suwannee County for more than  25 years. Though his brother Robert is retired, Donnell listed “Gwinn Brothers Medicinals” as the fictional name of the business in his MMTC license application, likely as a reminder to us all that he isn’t in this alone.

As well-respected members of the Florida and South Georgia farming communities, the brothers are known for breeding beef cattle and growing watermelons, iron clay peas, Bahia grass seed, corn, and those famous Hershey’s peanuts. Donnell is recognized as a pioneer in best practices for management and conservation methods, and even coaches other farmers in techniques that expand the wildlife habitats, reduce soil erosion, improve animal and plant health, and enhance water quality.

What’s next for applicants who were previously denied licenses?

It’s possible some of the other medical license applications were rejected because they didn’t meet the “Pigford Class” requirements. They’ll likely dust themselves off and try again.

“Everyone who lost is going to challenge,” said Daniel Russell, a Tallahassee attorney with the Dean Mead firm who represents one applicant who will likely rock the boat to demand more license opportunities. Russell believes that just as the previous application process that saw the number of license holders jump by 57%, Florida will see more Black Farmers challenge the state and seek licensing as Florida’s medical marijuana market keeps growing.

Issuing more licenses should bring welcomed relief to patients across the state. As it stands, there are 753,816 active medical marijuana patients in the state with only 486 dispensaries to serve them. More licenses means more dispensaries, which would make the plant more accessible in terms of price and quality. Quantity is another issue, where strict flower and concentrate restrictions cause unnecessary hassles for patients.

Despite the milestone for Gwinn Brothers Farms, there is still much work to be done:Florida’s medical marijuana industry has a bumpy road ahead as it continues to mature. And entrepreneurs like Donnell Gwinn will have to navigate those ups and downs in balancing their own livelihoods. Although the milestone signals one giant step forward for Black farmers in Florida, many more leaps will be necessary to claim an equitable cannabis industry in The Sunshine State.

7 questions to ask before you become a budtender