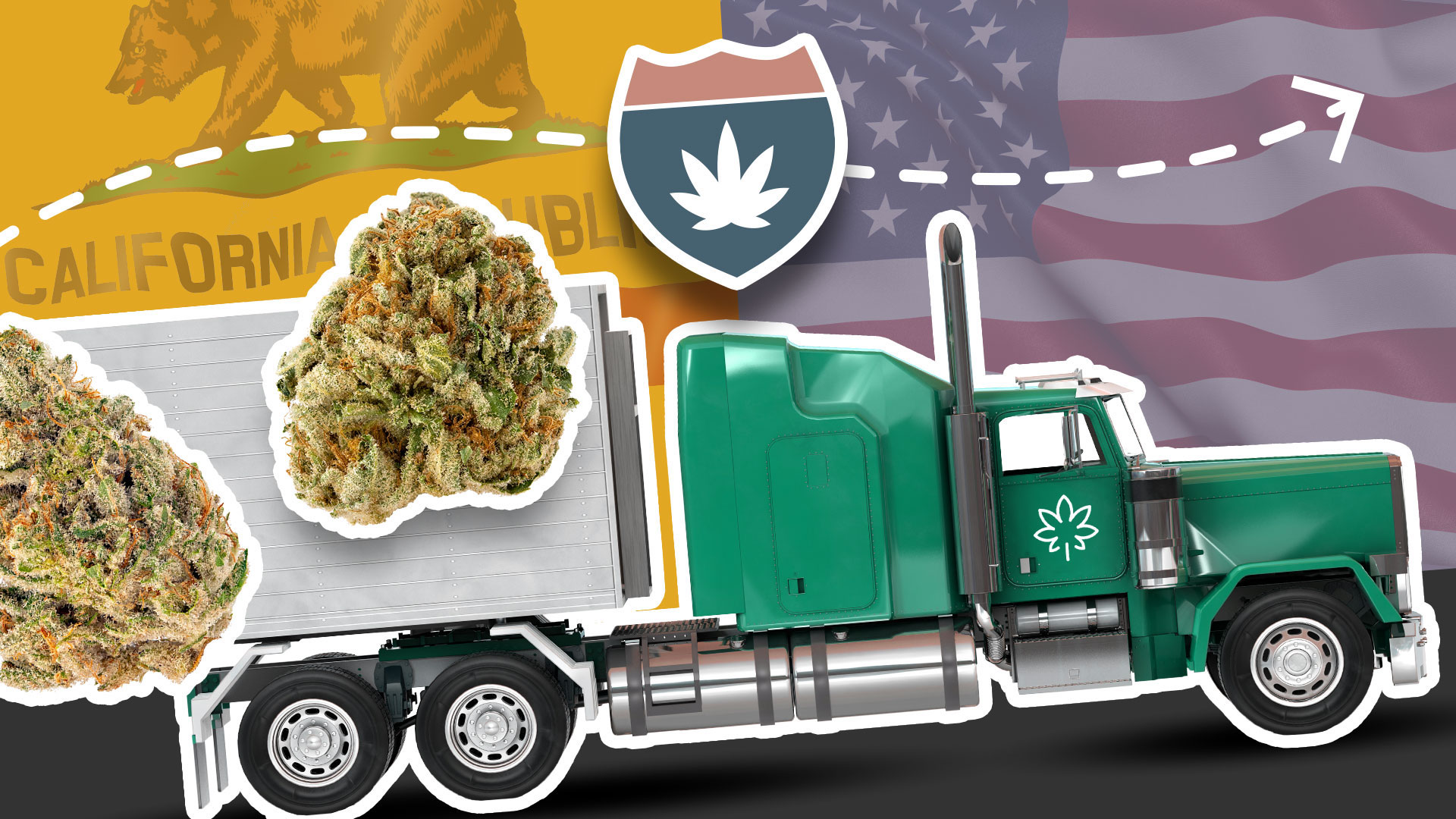 California’s world-class cannabis farmers could legally sell their crop to patients and connoisseurs in other states thanks to a new bill signed by Gov. Gavin Newsom today (September 18).

Senate Bill 1326 adds a new chapter to the Business and Professions code that gives the state Governor new powers to sign pot trade agreements with other legal weed states. The catch? The changes won’t take effect unless federal law or policy changes. Marijuana remains a federally illegal schedule 1 drug deemed as dangerous and medically useless as heroin or LSD.

Other states are also moving to enact similar bills, giving their Governors the power to sign interstate pot trade deals. Oregon passed one in 2019.

Gov. Newsom’s signed nine other cannabis-centric bills in sync with SB 1326. A press release from the Governor’s office describes the 10 new bills as follows:

Why do we need interstate cannabis commerce?

Because consumers benefit from price and choice competition in a free market where states can specialize in producing what they are good at.

Americans consume roughly 10,000 to 13,000 metric tons of marijuana every year, and we think only about 27% of it is supplied legally. The 14 states with recreational sales cannot transfer supplies across borders to meet out-of-state demand.

In California, pot supplies have backed up due to local store bans, creating a retail bottleneck. For example, Los Angeles has less than one-tenth the dispensaries per capita as the medical marijuana state Oklahoma.

California farmers will now be able to sell and ship their world-class weed to states where more stores are open.

Arguing in support, sponsors the Rural County Representatives of California state, “Without considerable market expansion as part of the solution to stabilize the legal industry and incentivize participation in the regulated market, California risks the collapse of portions of the legal industry, particularly for rural producing regions, which could lead to considerable expansion of the illicit market and dire economic impacts to local economies.”

“SB 1326 provides a relief valve for the oversupply of cannabis, an opportunity to grow California’s brand and market share, support job creation, and gives the state a competitive advantage as federal policy develops.” the bill’s author states.

How far away is full scale interstate commerce in cannabis?

It’s not clear how long it will take other states to follow California’s lead. It could be years or more than a decade if the rate of past progress is any indication.

More than 90% of Americans support medical marijuana, and Congress has not legalized medical pot yet. Even with adult-use legalization polls around 60%.

President Biden intends to decriminalize cannabis. Several bills in Congress have advanced the idea, but none have made it to the White House for signing.

Even with federal action, states would likely move to protect their licensed farmers from the superior quality and lower prices of legal pot from the world’s biggest producer, California. For example, Florida, Illinois, and Massachusetts growers might seek state protection from cheaper, better California growers.

Historically, California has led the market in weed quality, price, and product innovation. California strain development has run months, if not years, ahead of East Coast states. That paradigm promises to continue as cannabis gets more legal.

“SB 1326 is an essential step to ensure that California can fully capitalize on, and remain a leader in, the forthcoming national cannabis market. Furthermore, SB 1326 would allow California to use its own labor, environmental, and product quality standards be adopted in other states,” the bill’s author states.

“Traditionally, the interstate commerce clause has been interpreted to grant Congress a positive authority to regulate commerce and an implied prohibition against states regulating, interfering with, or discriminating against interstate commerce. Despite the current state of federal law and its enforcement, the Interstate Commerce Clause remains an important issue to note in the context of this bill,” states the bill’s Senate floor analysis states.

The Cannabis Distribution Association said the clock is ticking on the viability of cannabis companies without free trade.

“Licensed businesses that have put everything on the line to enter the legal industry can’t afford to wait for federal legalization to provide California cannabis to other legal markets, especially markets that traditionally import agricultural products from California to supply their retail shelves, where thousands of medical patients and adult-use consumers need access to high-quality cannabis and cannabis products. Initiating interstate commerce now rather than potentially waiting years for federal legalization would benefit both producer and consumer states, as well as patients, consumers, small and social equity businesses, and the environment.”

One of the first cannabis free trade blocks to watch might be the west coast states, or perhaps Nevada.

Calvin Stovall contributed to this story.

Inflation is making it tougher to open a cannabis business

New Yorkers with weed convictions will have priority in retail market, state says