These combat athletes have touted cannabis for peak performance | Turn 420 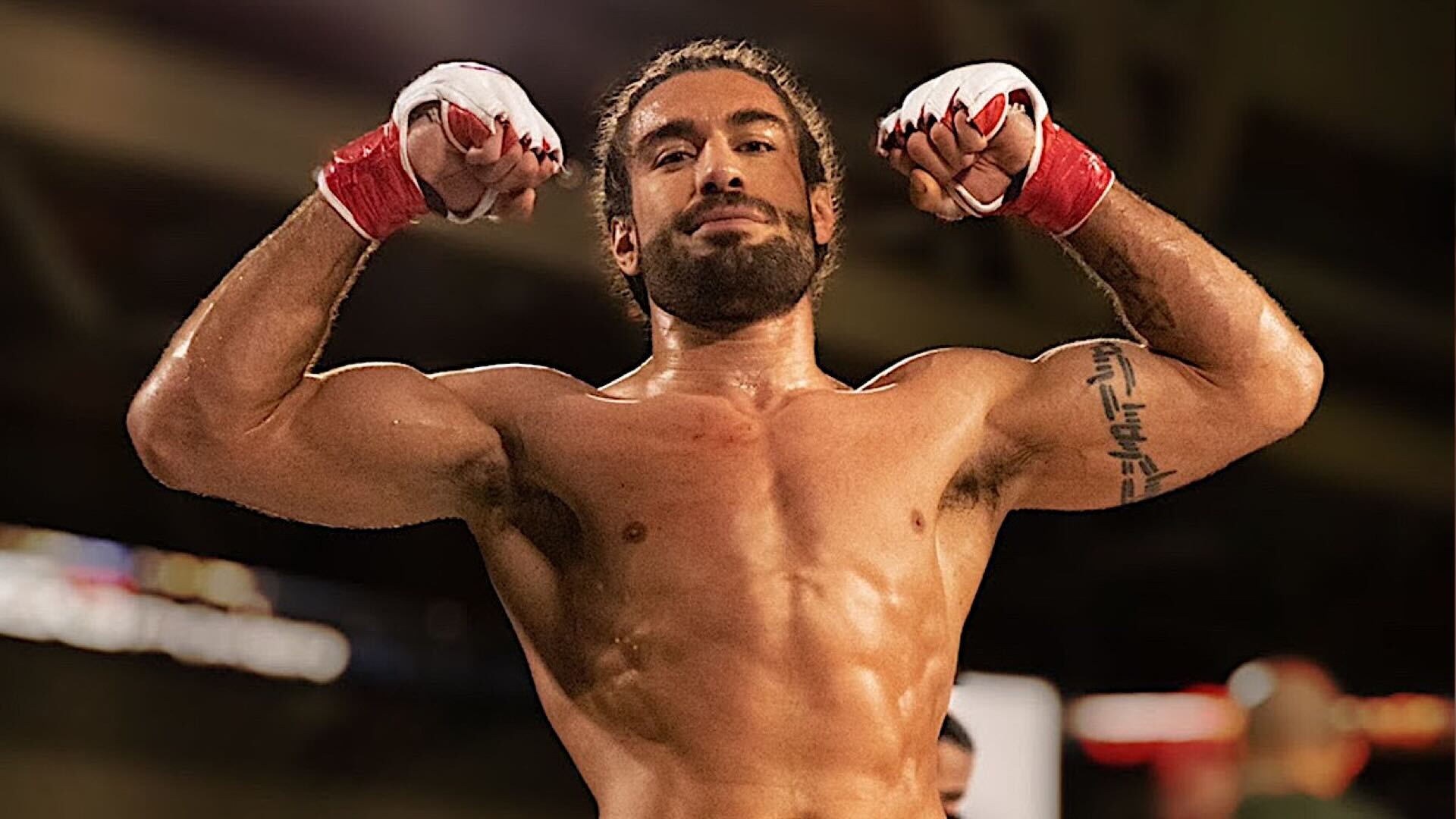 12 boxers, wrestlers, and MMA fighters who trust CBD and THC-infused products for their training, recovery, and business ventures.

Fight fans enjoy every punch, kick, and takedown from their seats. But do you ever wonder how these fighters train for—and recover from—such brutal physical punishment?

Pain pills have dominated high-contact sports like mixed martial arts (MMA), wrestling, and football for years. But a handful of modern gladiators are now going all-in on weed as an alternative to prescription pharmaceuticals.

For instance, many combat fighters use CBD, a cannabinoid in weed that does not cause noticeable psychoactive effects. That’s because CBD is legal in many places that THC-infused cannabis is not.

So which pro fighters are trailblazers, entrepreneurs, and proud users? Here are 12 of the most notable cannabis advocates from the world of combat sports.

Buster Douglas made history in 1990 when he defeated heavyweight champion Mike Tyson against long odds.

After spending 18 years as a professional fighter, Douglas continues to grapple with lingering pains and aches. Now, the 61-year-old champion has admitted to using CBD, and endorses products for the Ohio-based CBD Health Coalition. Through the partnership, Douglas has a signature line of premium CBD products.

This week, MMA legend Nate Diaz said he plans to retire from a legendary career as a pro fighter. In 2016, Diaz hit a CBD vape at a post-fight press conference, explaining, “CBD—It helps with the healing process and the inflammation.” He did it again in 2019.

Nate’s brother Nick almost lost his career in 2015 over a failed THC test. Before that, he spent years relying on the ol’ ”drink ten pounds of water and sweat it out method” to beat tests.

Now, the Diaz bros’ cannabis brand, Game Up, provides oils and tinctures as well as pre-rolls. With the UFC’s recent THC-limit increase, Nate felt comfortable hitting his THC-infused “Kill_4209” strain in 2021 at a pre-fight weigh-in.  He did it again in front of a U.S. Doping Agency tester earlier this year.

This week, Theodorou passed away from cancer at 34. The Canadian-born trailblazer won UFC’s Ultimate Fighter reality TV series in 2014, and made history as the first fighter to get a therapeutic use exemption (TUE) for medical cannabis from the United States Anti-Doping Agency. In 2021, he won his first TUE fight, and eventually compiled a 19-3 record in the ring before his untimely passing.

The son of heavyweight boxing legend Evander Holyfield is building a strong reputation of his own, inside the ring and beyond. Not only has he been beating opponents, he’s also joined the long list of fighters who proudly use CBD products as part of their pre and post-fight routines.

Evan also has a sponsorship deal with The Georgia Hemp Company, and currently has nine wins and one loss as a pro.

The British boxer is a two-time world champion and true believer in the power of CBD. Joshua is a shareholder in the UK-based Love Hemp company. Love Hemp is a sponsor of the UFC, and Joshua serves as a voice for the brand and the face of his own signature CBD line.

The Ric Flair Drip cannabis line launched in August with the help of Verano and Mike Tyson’s Tyson 2.0 company. The line includes flower, oils, and more and will be available through Verano. In April, Flair tweeted: “So excited to enter the world of cannabis! Wooooo!”

“I discovered the benefits of cannabis later in life and was overwhelmed by how much it has helped elevate the mind and heal the body. Alongside TYSON 2.0, I am committed to sharing these amazing benefits with as many consumers as possible.”

From the late 1990s to the mid-2000s, Shannon Briggs was a household name among boxing fans and one of the sport’s hardest punchers. The Brooklyn-born fighter is a two-time world heavyweight champion and is still in fighting shape decades after his peak. While training to comeback to pro fighting in 2014, Briggs was open about using CBD to help fuel his return. He also released his own strain with Cali Plug in 2020.

The Nigerian born mixed-martial artist is the current UFC welterweight champion and arguably the best pound-for-pound fighter in his sport. He’s also a loud supporter of CBD, and a brand ambassador for Anthony Joshua’s Love Hemp brand.

Back in 2019, When Former WBO champion Chris Algieri was asked by FOX Business host Stuart Varney whether he would use CBD, Algieri responded: “I would, and I have.” Although he’s not a supporter of THC, Algieri feels that CBD helps make athletes perform better by healing inflammation.

Iron Mike has multiple cannabis ventures, including the Tyson Holistic line, the Tyson 2.0 brand, a 420-friendly ranch-resort, and a weed-themed podcast.

Some of his products are prohibited in Colorado and parts of Canada for bearing his celebrity likeness. But CHILL, a company that makes CBD alkaline water, is one of the more low-key investments in his layered cannabis empire.

Tyson believes that CBD can help fight opiate addiction and told The Daily Star: “I’ve been fighting for over 20 years, and my body has a lot of wear and tear… I had two surgeries and I used marijuana to calm my nerves, and it would take the pain away… But before, they had me on those opiates, and those opiates had me all screwed up.”

Tyson also says cannabis and magic mushrooms brought him closer to God after a traumatic childhood and a deeply troubled life in the spotlight.

Undefeated super lightweight Arnold Barboza Jr. has knocked out plenty of opponents. But when it comes to knocking out pain, he turns to Brains Pure CBD, a UK brand. Barboza claims: “CBD is the future of recovery.”

Former boxer Mike Lee grew tired of all the medication that he was prescribed for an autoimmune disease. After doing research on alternative medicines, he found CBD.

Lee now shares his love of CBD with others through Soul CBD, a company he co-founded with his wife, Angie. Soul CBD offers everything from oils to bath bombs, offering therapeutic benefits for customers from all walks of life.