Leafly Investigation: Which celeb was smoking weed at the US Open? | Turn 420 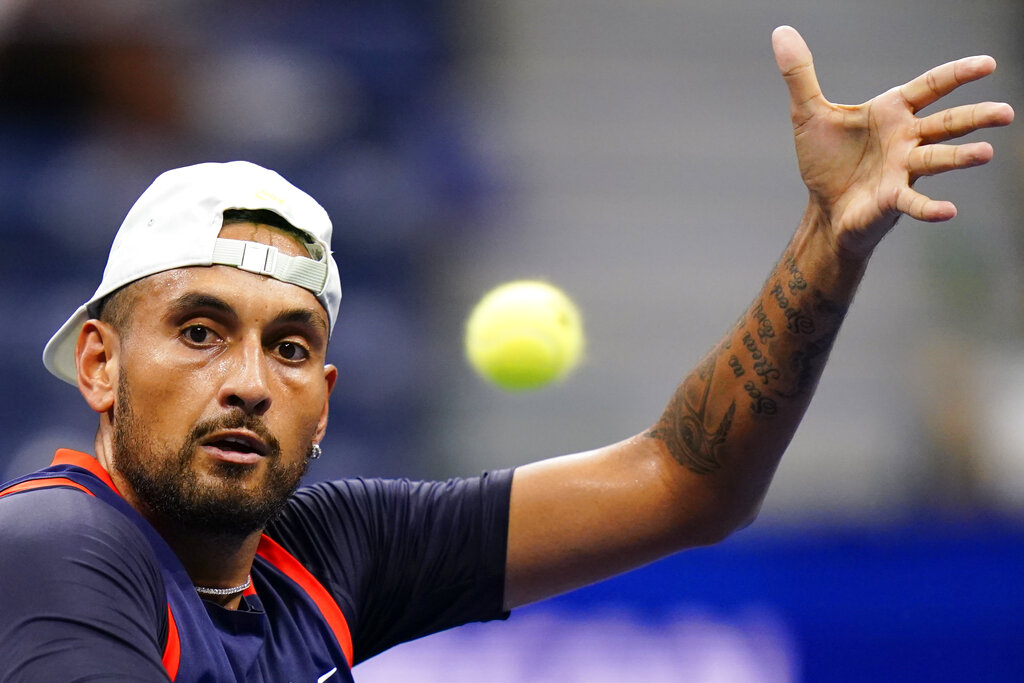 New York City’s loud bud distracted a tennis pro at the US Open. NYC is the weed capital of the world, so it could have been anyone. Here’s our best shot at ID’ing the culprit.

New York smokes more than any city worldwide. You can look it up— a 2018 study proved it. But Australian tennis pro Nick Krygios didn’t love-love the odor during his US Open match yesterday. During his second-round contest against Benjamin Bonzi, Krygios paused play to fuss about the fumes to a line judge, leading to an announcement asking spectators to stop smoking.

Cannabis wasn’t mentioned by name. But anyone who’s been to NYC lately can attest to the funky cloud that floats permanently above the concrete jungle.

Welcome to NYC. Light up!

In New York, it’s perfectly legal to smoke weed anywhere you can smoke cigarettes. Mayor Eric Adams went as far as encouraging residents and visitors to “light up” earlier this year.

With the opening of legal adult-use weed stores delayed until the end of the year, and state regulators moving to crack down on gray market operators to clear the way for licensed ones, it’s not clear where Mayor Adams expects people to get their weed. Even if there’s no shortage of places to legally smoke it.

The US Open toker quickly ceased and de-spliffed, but Leafly still has questions. After studying the footage, we ID’d the nine celebs in attendance who have a history of sparking up. Here’s our best swing at figuring out who had the fuego.

The former President claimed he didn’t inhale in his youth. But everyone knew that was BS back then. His half-baked admission paved the way for Barack Obama and others to inhale and elevate above tired stigmas about lazy stoners.

Sex expert Dr. Ruth Westheimer has lived an adventurous 94 years, so who’s gonna tell her she can’t light up where she pleases? She launched her own wine line in 2013, but the real money would be in cannabis products designed to boost users’ libido.

We’re watching you, Focker. Greg Focker was framed by his future brother-in-law, who used to rip bowls and oogle Lil Kim’s Hardcore poster on his wall. But if you’ve seen Stiller’s work, you know that bud has to be behind at least one eighth of his silliness.

The retired boxer chain smokes joints on his podcast, Hotboxin’ with Mike Tyson, so we can’t put it past him. He’s also claimed to spend $40,000 on bud per month. Plus, he recently said he wishes that he smoked cannabis his whole career. But his THC-infused ear gummies give reasonable doubt that he would need to bring gas to the tennis court.

In 1996’s Set It Off, the Queen and her girlfriends unwound from a long day of work by twisting up some chronic and listening to Bone Thugs-n-Harmony on the roof. Who’s to say she wouldn’t do it again?

“Smoking on Cookies in the hotbox,” rapped Offset on 2016’s Billboard #1 hit “Bad & Boujee.” It may be the most viral Cookies shout out of them all. Which is why we can’t put it past Cardi B’s husband to sneak some of Berner’s finest into one of US tennis’ boujee-est events.

A 2021 episode of Showtime’s Billions featured 3-minutes of silence as Paul Giamatti and Corey Stoll shared a joint and an omelet, and tried to hide the weed odor from Paul’s fictional daughter. The scene was an homage to the film Big Night (1996), but it’s also evidence that Stoll is willing to light up anywhere without boundaries. Even around children or tennis stars.

Think about it. He calls his movies “Spike Lee joints.” And he’s known for getting out of hand at sporting events. But even if it wasn’t him this time around, it should be a criminal offense that he hasn’t launched a line of pre-rolled joints that bear his name yet.

After reviewing all of the evidence, Mayor Adams is our final answer. The former NYPD officer has been giving New Yorkers mixed signals about where and when to “light up” all year. Looks like this was just his latest troll job, and a welcomed distraction from the excruciating wait for retail sales to start by the end of 2022, as promised.

Hey, what happened in the match?