Is scromiting from smoking weed a thing? | Turn 420 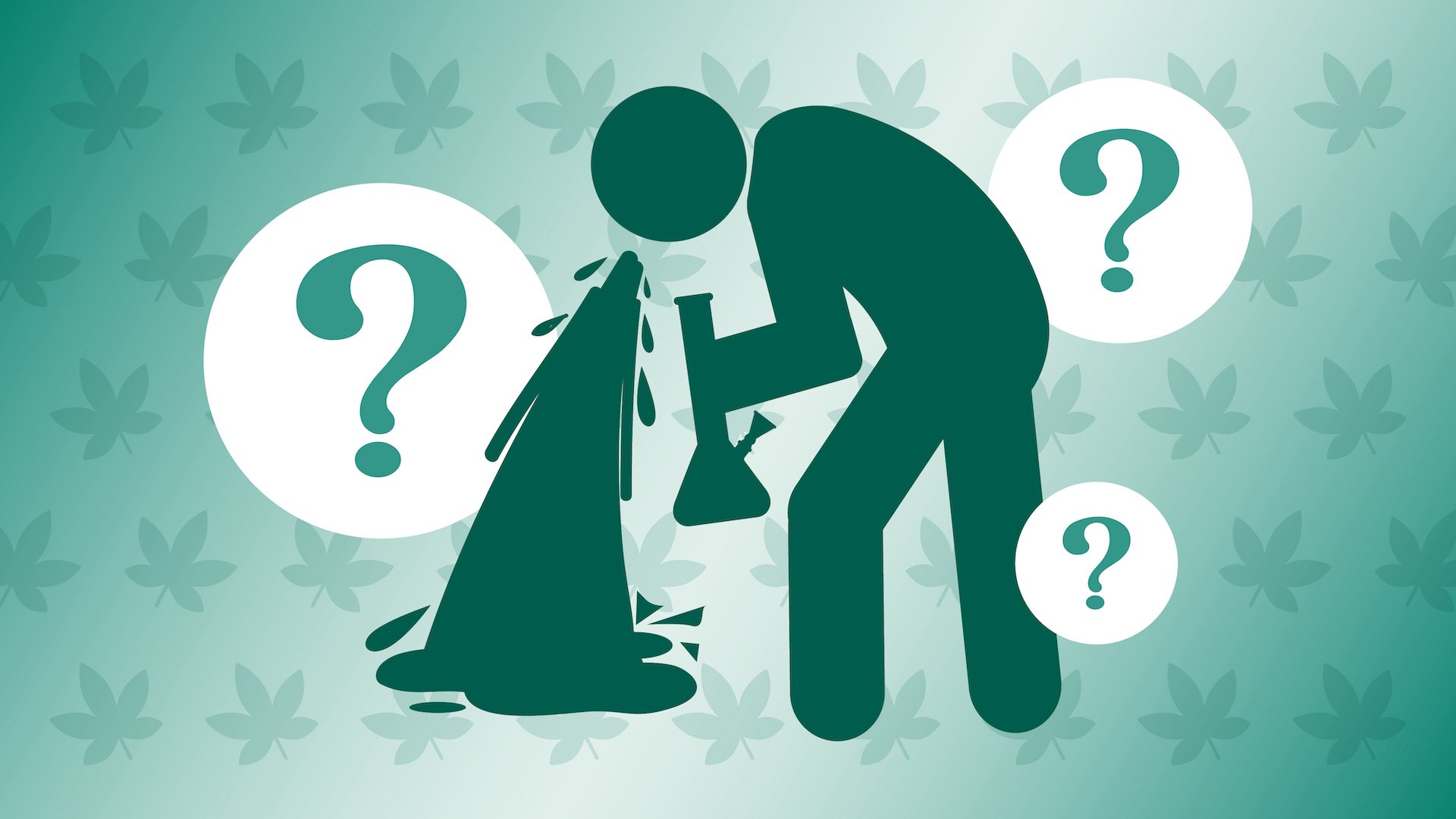 No, there is no scream-vomiting outbreak among American stoners.

The anti-weed folks are at it again. Over the weekend, a British tabloid claimed that there is an epidemic in America of people smoking weed and scromiting—an absolutely vivid portmanteau word combining scream and vomit.

For the record: No, stoners are not taking one puff off a joint and scromiting in the middle of the street; nor is someone in your smoking circle going to spontaneously start scromiting after a toke, forcing everyone else to take cover before the weed kicks in. Or worse yet, start a chain reaction of scromiting in the whole circle.

Sensationalism aside, the article alludes to something called cannabis hyperemesis syndrome, a medical condition, but one that is so little understood that not everyone can agree that it even exists.

This latest scare in the British tabloid is just one more entry in a long list of anti-weed propaganda, meant to vilify the plant and keep it outlawed. Cannabis hyperemesis syndrome, or scromiting, if it does exist, has only been diagnosed in a small number of people, and there certainly isn’t an influx of stoners falling ill to the condition and flooding hospitals.

Last Saturday, Britain’s Daily Mail published a piece called “How California’s legal cannabis dream became a public health nightmare,” and our eyes quickly rolled back in our heads with a loud thunk.

The article is melodramatic at best, focusing on the legal weed industry in LA and California, and painting it in a negative light, making wild medical claims as to how bad weed is and how it’s ruining society.

Perhaps most concerning, the article frequently cites “studies” to back up its claims, but we couldn’t find one link to a study or the name of a single study in the whole article. Call us skeptical.

Oh and there’s also a doubling of something odd called ‘scromiting’. That’s screaming and vomiting which lasts for weeks on end, with no treatment. A result of long term use of high potency cannabis.

The issue of scromiting comes up in an interview with Dr. Roneet Lev, an emergency doctor at Scripps Mercy Hospital in San Diego: “‘It means screaming and violent vomiting,’ says Dr Lev. ‘I call it the audible cannabis condition, because I hear the violent screams down the hall before I see the patient.’” Lev continued, saying that she sees at least one scromiting patient per shift.

The article goes on to say that “Three young men have died from complications of cannabinoid hyperemesis syndrome since it was first identified in 2004.”

We’d like to remind our readers that no one has died from consuming cannabis, and we find it hard to believe that there are so many patients with this condition at only one hospital. Also, you’d think that a condition where people scream and vomit at the same time would have gotten a little more recognition by now. Just imagine the memes.

Are #British citizens educated on #cannabis & #MMJ issues to identify #reefermadness?
.@EveSimmns didn’t speak to single doctor who treats people & bought nonsense (some of which has kernal of truth) hook line & sinker
(unless that was agenda of article)https://t.co/MbMM1XzTlP

What is scromiting, or cannabis hyperemesis syndrome?

Cannabis hyperemesis syndrome (CHS) is a condition associated with heavy cannabis use over a long period of time. Symptoms include:

Perhaps the oddest symptom—persistent washing or showering—seems to develop as the condition progresses, and the reason why this symptom manifests isn’t fully understood. It may be to soothe nausea, or as a 2011 study suggests, “hot bathing may act by correcting the cannabis-induced equilibrium of the thermoregulatory system of the hypothalamus,” meaning, frequent hot showers somehow balance the body’s systems.

These symptoms can continue for days, months or even years, and are thought to disappear when cannabis consumption stops.

Whether or not the condition is real is contentious. CHS has only been acknowledged in the past several years, so research on it is sparse and little is known about it. As a result, it is often thought to be confused with and misdiagnosed from cyclic vomiting syndrome, another little-known condition with unclear causes that doesn’t seem to be linked to weed in any way.

CHS first popped up in an Australian study in 2004, when researchers noticed that ten people with cyclical vomiting symptoms were all chronic cannabis users. Seven of the subjects abstained from weed and resolved their vomiting symptoms, while the other three refused to abstain and their symptoms continued.

Others claim CHS is the result of consuming neem oil, an organic pesticide often sprayed on cannabis, but neem oil poisoning seems to be different than CHS.

Adding to the confusion of scromiting is the fact that cannabis is commonly prescribed medically to treat nausea, often for patients undergoing chemotherapy, and other patients.

The 2011 study cited above suggests that cannabis may have unknown actions on the gut of some individuals. It suggests that other cannabinoids in the plant, CBD and CBG, may play a role in the condition: CBD is biphasic, meaning it can have different effects at low and high doses, and that when taken in high doses, the combination of CBD and CBG might add to nausea and vomiting.

To be clear, these ideas are all speculation and not scientific fact. Although there have been more studies on the condition in the past several years, the causes of cannabis hyperemesis syndrome are still unknown.

At the end of the day, some individuals do experience severe bouts of vomiting and other symptoms associated with CHS, and some do experience relief of those symptoms after quitting weed. If you are experiencing severe vomiting episodes, you should absolutely talk to your doctor or go to the ER, and if ceasing cannabis consumption helps alleviate symptoms, by all means, consider it.

But there is no epidemic of weed illness. Those claiming that scromiting is a new plague infecting society are leaning into a Reefer Madness-style hysteria meant to make people afraid of cannabis and keep it outlawed.