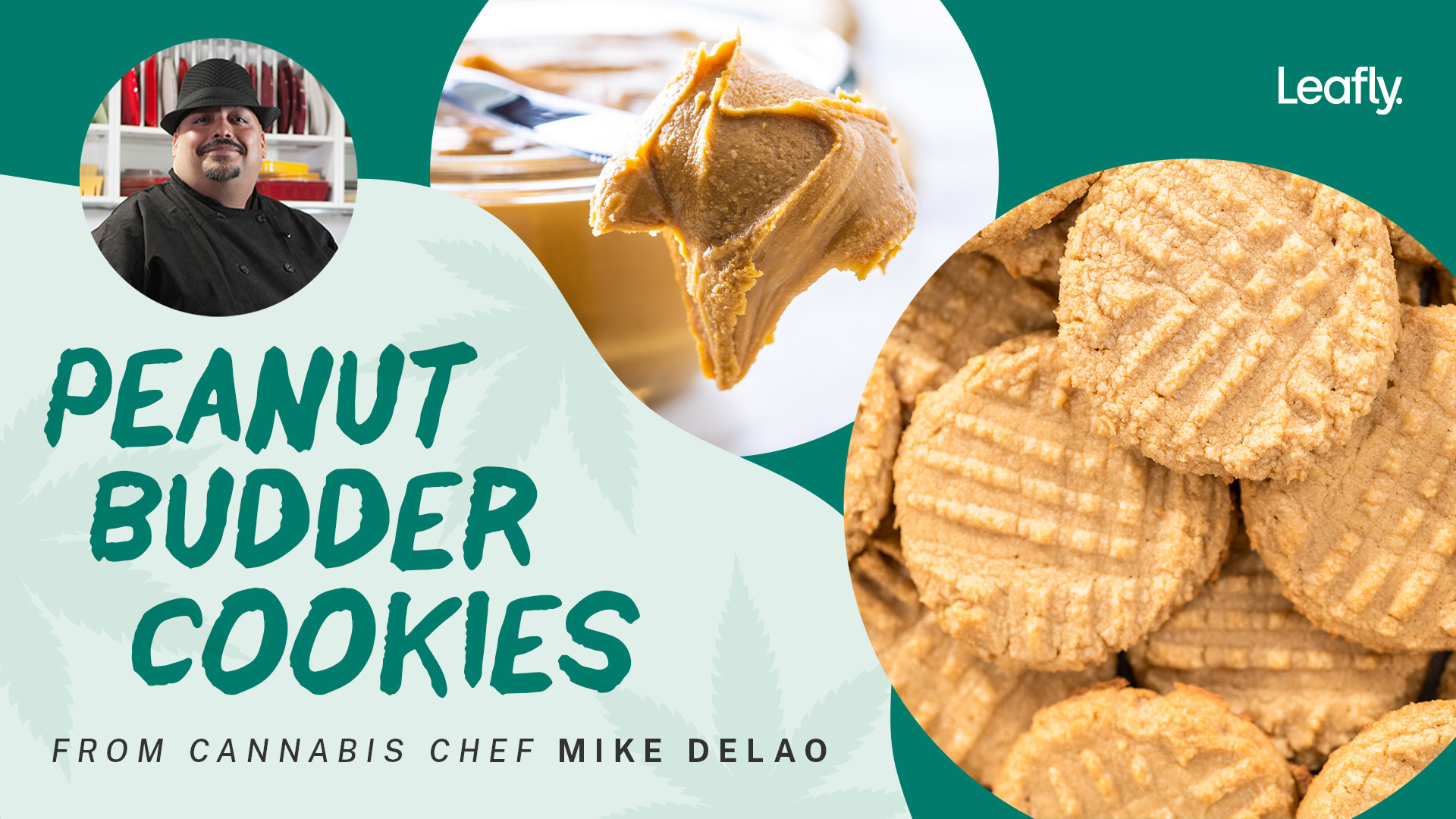 Mike DeLao’s love for cooking grew organically, in his grandmother’s kitchen where she made fresh tortillas every morning. This sense of community stayed with him as he grew up and went out into the world.

At 18, DeLao went off to college and had a culinary epiphany while partying with his friends, telling Leafly, “I realized that I was only caring about cooking for my friends at six in the morning; not really caring about the party all night.”

After this late-night revelation, DeLao decided to take a chance and change his major. In 2000, he joined Orange Coast College,  a top 10 culinary school in Costa Mesa, California.

“It was just like trial by fire and learn, learn, learn,” says DeLao. On the cusp of graduation three years later, he got his first job as a chef in a fine dining restaurant, and later picked up a second gig at a raw food restaurant. But about three years in, Chef DeLao pinched a nerve in his back from the hard labor in the kitchens.

While doctors prescribed him a plethora of prescription medications, one day he saw an ad that would change his trajectory.

“Chronic back pain? Come get the chronic,” it said.

DeLao had been a casual, social cannabis consumer up until that point, but he wanted to get off the strong meds his doctor had prescribed. He inquired about cannabis, but his asthma posed a problem.

The obvious solution from there? Edibles. He got a medical recommendation in 2003 and found one rather hush-hush clinic in California to supply him. But the baked goods of 20 years were a far cry from what consumers can buy today.

“I just bought whatever I could, all the cookies he had, every single one, and they were horrible! They tasted so bad, and it wasn’t that the cannabis tasted bad; it’s that they weren’t made correctly. The sugars weren’t built up right, the butters weren’t whipped right. Just procedurally, the cookie wasn’t made correctly. Someone for sure was throwing all the ingredients in the pots and mixing.”

Rather than letting this sully his first experience with medical edibles, DeLao saw these disappointing cookies as an opportunity.

“It took about two months of begging and buying all those cookies to say, I will make the cookies for free, just pay me in cookies and let me fix them.”

The proprietor, the late Steven Lawrence, agreed and became what DeLao calls his “first mentor” in the cannabis world.

“He took me in, and he was so serious about sick people. It was always about his son who had muscular dystrophy. We were gonna help the sick; it wasn’t just making cookies to make money.”

In 2008, DeLao attended the NORML conference in Berkley, and met the emperor of cannabis himself, Jack Herer.

“He was in the booth next to me. I knew he had a strain named after him, and I thought I should give this guy some of my cookies. So, of course, I go over there, and I try to give him cookies, and he says, ‘I’m a diabetic. I can’t eat any of your stuff. Nothing you have is medicine.’”

Herer’s words massively impacted DeLao. He went back to Lawrence and together they began making a sugar-free line for their collective.

DeLao stayed in touch with Herer and his wife Jeanie, and they introduced DeLao to Rick Simpson Oil. Jeanie convinced DeLao to start providing RSO to patients so he could understand how it helped people in real-time. Today, he continues to use it in recipes and inform other’s about how he’s seen RSO change lives.

DeLao went on to have a show on Cannabis Planet, where he never made a single recipe with sugar. From there he landed a spot on Netflix’s Cooking on High, and contributed to two cookbooks, The Cannabis Kitchen Cookbook and The Official High Times Cannabis Cookbook.

Adapting to the legal market

Today, DeLao continues his mission of listening to patients and learning from them. He develops recipes for individuals and their needs, whether it’s a patient with no teeth in need of soft food, or another with specific dietary restrictions.

It’s still difficult for him not to want to give cannabis away to those that need it most, and leave money out of the equation.

In the meantime, Chef DeLao says he is leaning into his age as a cannabis veteran, and getting back to his “pachuco days,” to make himself the most “interesting man in cannabis” while working on several new projects.

“I just want people to remember that there’s sick people out there. It’s cool to have flashy products and large dabs, but there’s someone right now that is lying in their bed who can’t even eat food; if you just gave them a little help or gave them a free cookie, then you would change their life. Some of them are all alone, and they need somebody to care about them. The whole point of this whole thing was always to worry about those people.”

Mike is known for being a versatile chef who can make delicious goodies with or without sugar. For Leafly, he provided a tasty peanut budder cookie recipe that includes the sweet stuff. Modify this recipe and substitute as necessary if you have peanut allergies, diabetes, or other serious health considerations.

Chef says: one gram to one pound of butter will be enough, or you can use Leafly’s cannabutter recipe.

Once your butter is done, let cool to room temperature before making your cookie dough.