How does cannabis interact with other drugs? | Turn 420 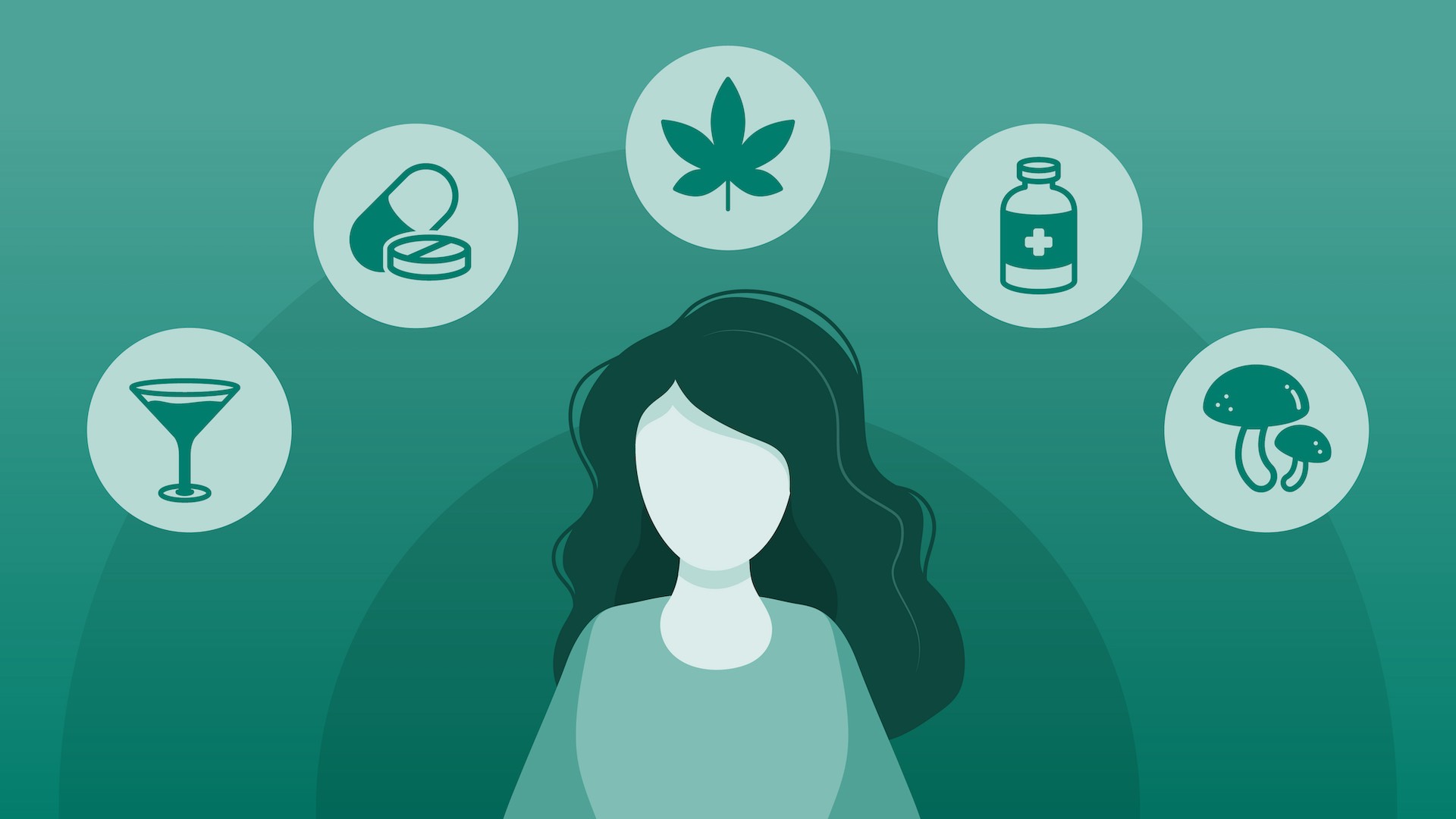 Ask cannabis consumers how the plant affects them, and you’ll likely hear an array of responses. Unlike drugs or medications that contain one active chemical, cannabis is composed of more than 550 different chemical compounds, including more than 100 cannabinoids. It’s little wonder then that this powerhouse plant can alter mood, ease pain, deliver a psychoactive high, soothe inflammation, and usher in sleep.

However, the impressive chemical diversity of cannabis also means there are complex interactions when you team it with other substances. Combine THC with alcohol, for example, and you may get more of a psychoactive kick than you bargained for. Consume CBD with Warfarin, a common blood thinner, and you could risk a range of negative effects.

If you’re using cannabis with other drugs (prescription or otherwise), it’s important to be aware of potential interactions that can occur so you know when it’s safe to light up and when it’s wise to wait. We’ll explore how cannabis interacts with four of the most common classes of drugs: opioids, stimulants, depressants, and hallucinogens.

Overview of mixing cannabis with other substances

Cannabis can interact in diverse ways with an incredibly wide variety of substances. One of the reasons is because our bodies are uniquely receptive to the effects of cannabis, courtesy of our endocannabinoid system (ECS).

“The ECS is a vast cellular communication system that intertwines all of our other body systems, and this means that cannabinoids often have overlapping effects with many prescription medications,” said Codi Peterson, PharmD, MS and Chief Science Officer at The Cannigma. “Cannabis is resoundingly safe compared to most prescription medications and even many herbs, but when combined with other substances it does carry some risks.”

Dr. Jordan Tishler, President of the Association of Cannabinoid Specialists, and CEO/CMO at inhaleMD also emphasizes that the chemical diversity present in cannabis presents a unique issue.

“One of the issues with cannabis that makes it different from other drugs is that it doesn’t contain just one chemical,” explained Tishler. “LSD, MDMA, and psilocybin are all just what they are. Cannabis contains THC, CBD, and other things we know very little about, particularly when it comes to interactions.”

Peterson also points out that the two major cannabinoids in cannabis, THC and CBD, interact with medications and substances in contrasting ways.

Because THC and CBD interact with other substances distinctively, it makes more sense to think about how each cannabinoid interacts with a drug, rather than the interactions of cannabis as a whole.

Other minor cannabinoids and terpenes in the plant potentially also influence interactions, providing further layers of nuance. However, currently, our understanding about how cannabis interacts with other substances is largely restricted to THC and CBD.

How does cannabis interact with stimulants?

Stimulants are substances that speed up the release of certain neurotransmitters such as dopamine, serotonin, and norepinephrine in our central nervous system. People use stimulants to feel aware, alert, energetic, confident, and euphoric. Stimulants can also elevate heart rate and blood pressure, or contribute to anxiety and paranoia.

“Stimulants affect neurotransmitters in the brain to help improve wakefulness and focus,” said Peterson. “If we evaluate the systems in the brain that stimulants (and cannabis) act on, there is a clear overlap of the [endocannabinoid system]. Stimulants and THC can each increase heart rate, racing thoughts, and anxiety, and together, they can worsen these symptoms.”

Peterson explained that the effects of combining stimulants and cannabis depend more on the individual and the dose. For individuals with ADHD, for example, combining cannabis and prescription medication like Adderall, can produce different effects.

“Many patients report self-treating ADHD with cannabis alone—some find success with the combination, and plenty of others find the combination to be overwhelming and not helpful for studying.”

However, there may also be risks associated with teaming THC with stimulants used to treat ADHD in particular. In a 2015 study that explored the effects of combining THC and the active ingredient in Ritalin, methylphenidate, researchers found that the combination of substances increased the risk of cardiovascular strain, meaning extra stress was placed on the heart.

Depressants produce opposite effects to stimulants, helping to relax muscles, ease anxiety, and usher in feelings of calmness. High doses of depressants, however, can make individuals feel drowsy and disoriented, and can detrimentally affect coordination and concentration.

Some common depressants include:

Depressants commonly work by increasing the activity of the GABA system, another type of neurotransmitter. When GABA activity speeds up, the central nervous system slows down.

“The GABA system serves as the essential ‘brake pedal’ in the brain,” explained Peterson. “Generally speaking, THC acts as a mild depressant, at least at larger doses. Combining depressants (like benzodiazepines) and THC carries an increased risk of sedation.”

Teaming THC and alcohol, however, produces an additional effect. “When consumed together, alcohol can enhance the effects of THC by allowing THC to enter the brain more easily,” explained Peterson.

“Even a single drink taken with a joint can lead to substantially more psychoactivity than either drug alone,” continued Peterson. “This combination does lead to more significant impairment, and research suggests the combination is frequently involved in traffic accidents, more so than cannabis alone or even alcohol alone.”

Consuming CBD with depressants appears to create another interaction.

“We do know that CBD will interact with benzodiazepines by increasing their blood levels,” said Tishler. Thanks to its pharmacokinetic effect, as mentioned above, CBD can prevent the body from effectively breaking down benzodiazepines, a main class of depressants, which means elevated levels of the drug can stay and circulate in the body.

In one 2019 article, researchers highlighted that CBD taken with benzodiazepines could lead to an increased risk of side effects, such as drowsiness, dizziness and confusion. While these aren’t life threatening, taking both substances at the same time, particularly in high doses, is not recommended.

It’s worth noting that high levels of depressants in the blood can also lead to respiratory depression (slow, ineffective breathing). Tishler points out that this is not the case with all depressants, however, and does not appear to be the case when CBD is consumed with alcohol.

Can cannabis be a substitute for opioids?

Opioids work by interacting with opioid receptors in the body, which change the perception of pain in the brain and increase the threshold of pain in the spinal cord.

Some common opioids include:

Lately, researchers have been exploring whether cannabis and opioids can be safely used together.

“Opioids are very effective at treating acute pain,” explained Peterson. “Given the pain-relieving effects of cannabis, and the continuing opioid epidemic, there is great hope for cannabis to help reduce our need for prescription pain medications.”

Peterson explains that since the endocannabinoid system and our body’s own opioid system overlap, cannabis can reduce the dose of opioids needed to achieve pain control, thus reducing the risk of opioid overdose or addiction.

According to one study on monkeys, the combination of THC and opioids doesn’t appear to lead to significant cognitive problems, such as impulsivity (which can be a sign of impaired decision-making) or loss of memory. However, mixing THC and opioids may cause the user to feel extra sedated, or sleepy.

“As with any sedative, cannabis can increase the sedative effects of opioids,” said Peterson. “However, unlike opioids, cannabis does not affect the part of our brain responsible for controlling breathing. Despite the increased sedation, the combination is not believed to be more deadly than opioids alone.”

Of the four major drug categories, we probably know the least about the consequences of mixing hallucinogens and cannabis.

Hallucinogens are a group of substances that ignite psychedelic effects, such as altering perception, mood, or thought processes. While many have their own specific mechanism of action, one mechanism that they all share is the activation of serotonin (5-HT2A) receptors.

Some common psychedelics include:

THC can also be considered a hallucinogen when taken in high doses. Peterson points out that there’s some overlap in how psychedelics and cannabis work on the body. However, he also acknowledges that the interactions of cannabis and psychedelics may boil down to a question of dose and individual tolerance.

“The serotonin system (activated by psychedelics) is directly connected with the endocannabinoid system,” said Peterson. “Many consumers report enhanced psychoactivity with the combination, but others have reported it helps to mellow out the tripping experience. Using too much of either substance can be overwhelming.”

Peterson emphasizes that the most important thing to remember is that even if the combination of both feels intense, the safety profile of psychedelics and cannabis are very good and unlikely to cause major issues.

“There’s little data at all for mixing hallucinogens with cannabis, but years of common experience has not shown any overt problems,” added Tishler.

Of the little data that does exist, recent research shows that mixing psychedelics and cannabis can enhance the mystical, awe-inspiring experiences that sometimes accompany psychedelic trips. Combining psychedelics with low doses of weed also appeared to reduce the chances of experiencing a bad trip, while high doses elevated feelings of both fear and “insanity” (the term used in the study).

How does cannabis interact with prescription medications and other substances?

Beyond these four major classes of drugs, there are other medications and compounds with which cannabis can interact.

“Of the cannabinoids that we know about, thankfully THC doesn’t interact much,” said Tishler.

“CBD, on the other hand, interacts with a wide range of common medications, even over the counter meds.”

Examples of such medications include blood thinners like Warfarin and Clopidogrel; common heart medications like Amiodarone; immunosuppressive medications used for transplant patients like Tacrolimus, and antihistamines like Loratadine (also known as Claritin). There are even lists available detailing such interactions.

CBD inhibits the metabolic pathway used by these drugs, similar to other natural compounds like grapefruit or St. John’s Wort. When this pathway is suppressed, medications take longer to be metabolized or broken down by the body, so levels of the drug can accumulate and circulate in the blood for longer.

This in turn increases the likelihood of side effects, so if you’re thinking about using CBD, or cannabis in general, and you’re taking a prescription medication, it’s vital to chat with your doctor first.

Peterson also cautions consumers to be careful when using cannabis with other non-prescription substances that affect mood, awareness, thoughts, feelings or behavior.

“When combined with other psychoactive substances, cannabis can have significant and even unexpected effects,” said Peterson. “For that reason, if combining cannabis with non-prescriptions, be mindful and go slow. One or two puffs every 15 minutes is an appropriate pace and can help you keep more control over your high.”

If you’re using cannabis edibles, it’s even more essential to be careful with dosage, as the effects can take a long time to kick in, be intense, and last for hours. Once that high hits, there’s no turning back.