Glioblastoma is a devastating brain cancer. Does cannabis help? | Turn 420 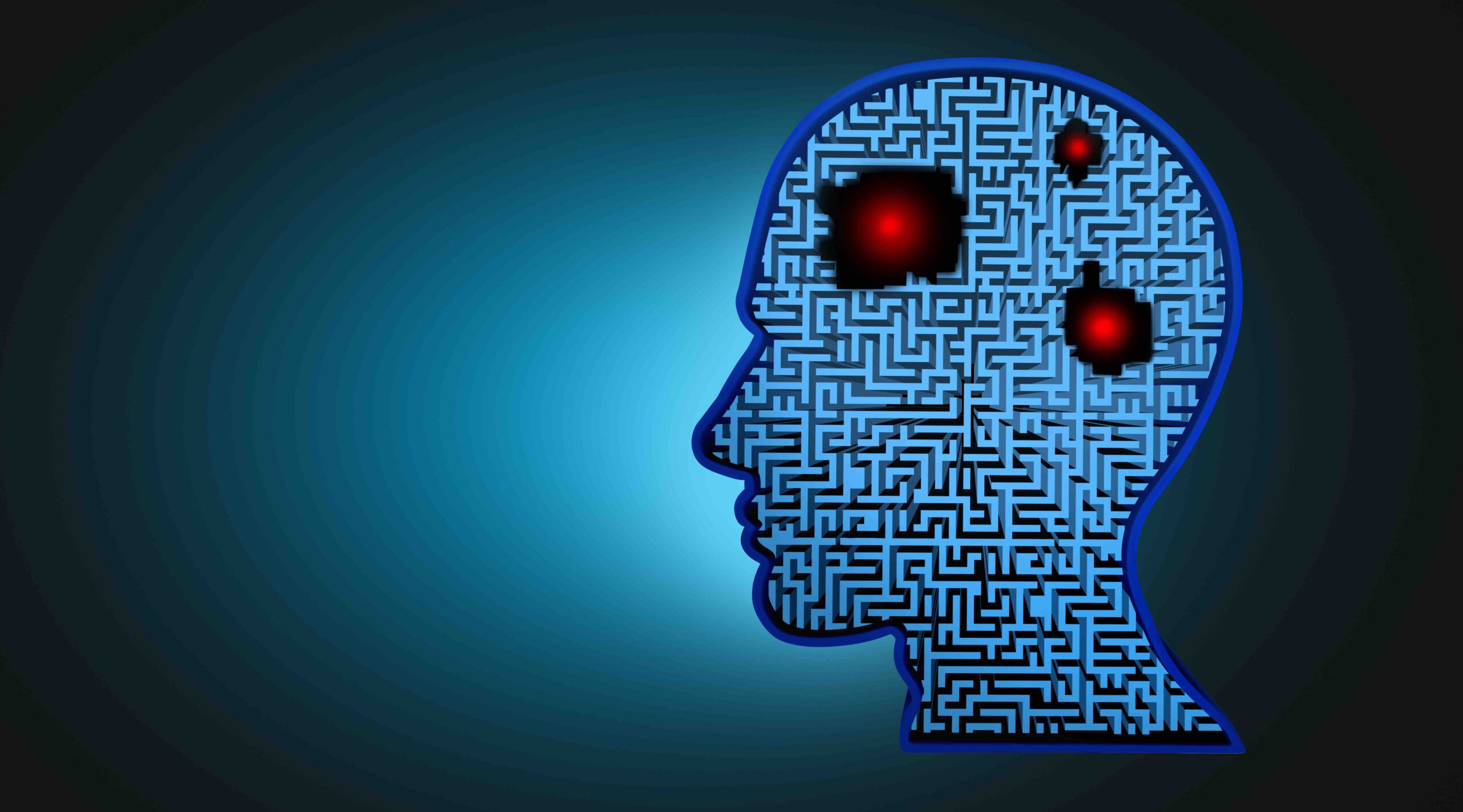 Glioblastoma is a devastating brain cancer that grows fast and invades surrounding brain tissues. It is the most prevalent brain tumor in adults, affecting roughly 12,000 Americans every year. Survival after diagnosis generally ranges from 15 months to 18 months. The five-year survival rate of patients with glioblastoma is 5%. Because of this grim prognosis, clinicians agree there is a desperate need for a cure.

Researchers are currently investigating the potential positive effects of cannabinoids in the treatment of glioblastoma. A study called ARISTOCRAT is now underway in the UK. Researchers there have begun enrolling patients in a phase II clinical study to investigate whether combining cannabinoids with traditional chemotherapies can improve patient outcomes.

Glioblastoma begins in star-shaped glial cells called astrocytes. In healthy tissues, astrocytes play important roles in the formation and regulation of synapses between neurons. However, because of their importance, malfunctioning astrocytes can cause major problems.

In patients with glioblastoma, cancerous astrocytes form a rapidly growing tumor. The current treatment for glioblastoma involves surgery followed by radiation and chemotherapy. Even with treatment, the tumor regrows, and 95% of patients die within five years of their initial diagnosis.

Does adding a cannabinoid formulation help?

A team of researchers led by Prof. Susan Short at the University of Leeds is now investigating the anticancer potential of cannabinoids like THC and CBD. Specifically, they want to know whether combining cannabinoids and the chemotherapy drug Temozolomide is more effective at treating glioblastoma than Temozolomide alone.

Although Temozolomide is a potent therapy on its own, a current limitation of treating glioblastoma is Temozolomide resistance. Over time, cancerous cells become less sensitive to the chemotherapy, allowing the tumor to regrow. To improve patient outcomes, this limitation must be overcome. Previous experiments have shown that cannabinoids had anticancer effects, so Short and her team have reason to investigate whether a combination therapy could clear this obstacle.

As clinicians and scientists have learned more about glioblastoma, they have observed an interesting trend. More severe cases of the disease have been characterized by an increased expression of the CB2 receptor on cancerous cells. This abnormal expression of cannabinoid receptors on cancerous tissue suggested a potential therapy: cannabinoids.

Initial investigations suggested they were on to something.

Through in vitro experiments using glioblastoma cells grown in culture, scientists found that treatment with THC led to a reduction in tumor size. Further experimentation revealed that THC mediates its anticancer effects by activating pathways in cancerous cells that tell them to self-destruct.

Importantly, when the same experiments were performed on healthy cells, the same effect was not seen. In other words, THC was able to selectively kill cancer cells without harming healthy tissue. Additional in vitro experiments showed that THC could slow the growth of tumors in other ways too. It could prevent cancerous cells from dividing and prevent the formation of tumor feeding blood vessels.

Pre-clinical research in mice also found that the anticancer effects of THC could be boosted by co-administration of CBD. Although CBD has low affinity for cannabinoid receptors, it’s able to mediate its effects through receptors such as TRPV1, TRPV2, 5HT-1A, and GPR55 among others. Through the activation of these receptors, CBD works synergistically with THC to reduce tumor size.

Experiments in mouse models of GSC-derived glioblastoma showed that administration of CBD significantly improved the survival time of tumor-bearing mice. Additionally, like THC, CBD seemed to cause cancer cells to self-destruct and prevent cancer cell division. When taken together, these results suggest that cannabinoids could have strong anti-tumor potential.

It’s a long way from lab culture testing to human efficacy, of course.

With the in vitro evidence in hand, researchers began pre-clinical work to assess how adding cannabinoids to standard treatments might improve disease progression in humans.

Although pre-clinical research suggested cannabinoid therapies could be potent on their own, scientists suspect a larger therapeutic effect could be achieved by combining them with current therapies.

To test this hypothesis, combination therapies were assessed in pre-clinical models. In one experiment, co-administration of THC and CBD was shown to improve the effectiveness of radiation treatments in mouse models of glioblastoma. In another, researchers compared co-administration of THC, CBD, and Temozolomide to administration of each compound on their own. What they found was that the combined therapy was more effective than any of the individual therapies when it came to reducing tumor size in mice. These experiments would provide the foundation upon which the research team at Leeds could build their clinical trial.

Using Sativex in phase I trial

During the initial phase of research, patients were provided with Sativex, a 1:1 THC:CBD oromucosal spray, to use in conjunction with heavy doses of Temozolomide. Sativex, a mouth spray containing THC and CBD, has been approved for use in Canada, the UK, and Europe but not yet in the United States.

Patients were advised to start with a single spray of Sativex on the first day and slowly increase to an optimal dose. They were limited to a maximum of 12 sprays or 30 mg each of THC and CBD. Patients were first enrolled in open-label trials where everyone received treatment with cannabinoids. The purpose of these small, open-label trials was to prove the therapy was safe enough for a larger trial to occur.

Once the safety of the treatment had been established, more patients were enrolled in a small, double-blind study where some patients received placebo instead of cannabinoids. Although the University of Leeds team was interested in the effectiveness of the treatment, trials in this first phase would still be too small to make any claims of efficacy. Instead, they were needed to establish the nature and severity of any side effects.

Testing for negative side effects

To assess the safety profile of the combination therapy, researchers measured Treatment Emergent Adverse Events (TEAEs). This meant observing the patients to see if the treatment negatively affected their health. If a patient was nauseous, had a new headache, or experienced dizziness or fatigue, they recorded it.

By doing this, researchers could weigh the therapeutic potential of cannabinoid intervention against any negative side effects. If the treatment worsened disease progression or led to unbearable side-effects, it would be disqualified as a therapy.

It was important for the research team to establish that their combination therapy wasn’t causing unintended harm. What they found was that the addition of Sativex to Temozolomide treatments was well-tolerated by those in the trial. Patients did experience some TEAEs, but none were life-threatening, and most were mild or moderate. After observing this, the research team made a case for further investigating the benefit of combining cannabinoids with chemotherapy.

Good results in Phase I trial

The results from this phase I trial were promising. When compared to a group receiving placebo, researchers did see increased longevity in patients receiving cannabinoids. However, drugs that appear promising during phase I trials can have disappointing performances in later phases of testing. The effectiveness of a therapy can vary depending on factors such as a patient’s genetic makeup or medical history. Thus, researchers have to prove that the efficacy of their proposed therapy isn’t dependent on these patient-specific variables.

A phase I clinical trial doesn’t have enough participants to make assertions about a drug’s ability to treat disease. That’s why phase II and phase III clinical trials are so important. Because they recruit larger groups of patients, they can more powerfully assess the therapeutic potential of a drug.

On to Phase II trials

The results from this phase I trial were promising. When compared to a group receiving placebo, researchers did see increased longevity in patients receiving cannabinoids. However, drugs that appear promising during phase I trials can have disappointing performances in later phases of testing. The effectiveness of a therapy can vary depending on factors such as a patient’s genetic make-up or medical history. Thus, researchers have to prove that the efficacy of their proposed therapy isn’t dependent on these patient-specific variables.

In this capacity, a phase I clinical trial just doesn’t have enough participants to make assertions about a drug’s ability to treat disease. That’s why phase II and III clinical trials are so important. Because they recruit larger groups of patients, they can more powerfully assess the therapeutic potential of a drug.

To this point, clinical research has primarily relied on medicines made of isolated cannabinoids rather than full-spectrum extracts. As a result, it hasn’t adequately assessed how divergent chemical profiles of cannabis chemovars impact therapeutic efficacy. Despite the promise of cannabinoids as anticancer agents, medical professionals caution that there still isn’t sufficient evidence to prove that cannabis itself is an effective cure.

Further, due to potential interactions with drugs such as anti-epileptics, administration of cannabinoids could lead to unintended side effects. Before incorporating cannabis into a treatment plan, patients are encouraged to consult their doctor or medical team.