What is delta-8 THC and is it a safe cannabis alternative? | Turn 420 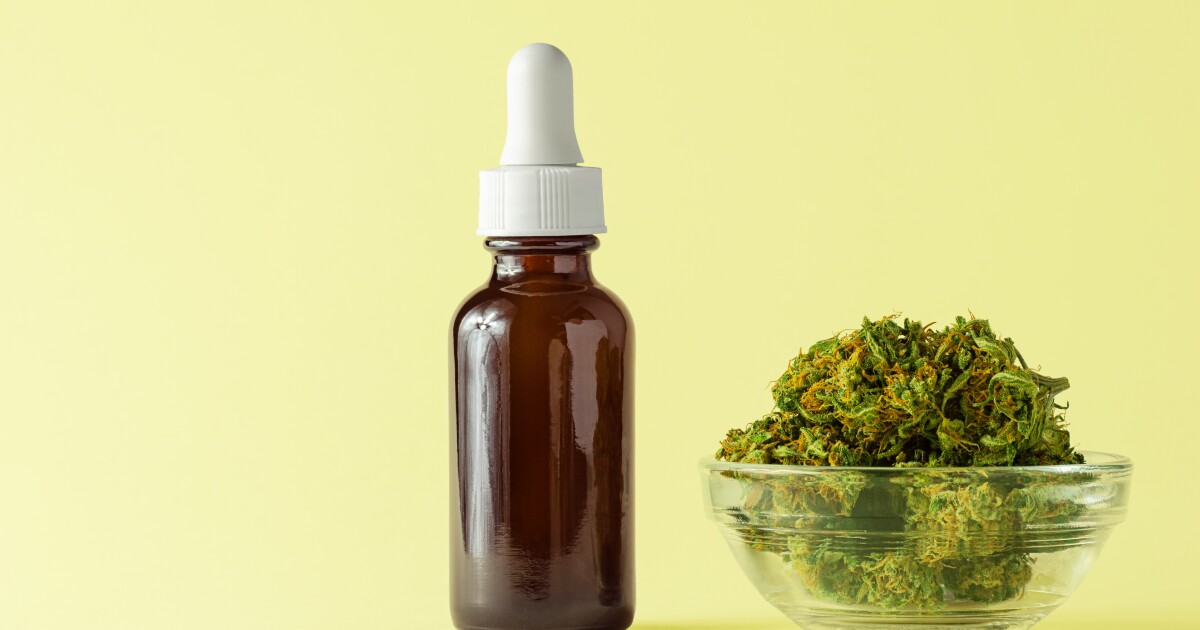 Over the last couple of years, a novel cannabinoid has quietly grown in popularity. Delta-8 THC is similar to its more commonly known psychoactive cousin, delta-9 THC, but a legal loophole has led to its broad use across the United States despite safety warnings from regulatory authorities. New research has now offered the first large-scale insights into what kinds of effects people are experiencing with this unique drug.

What is Delta-8 THC?

The primary psychoactive molecule in cannabis most people would be familiar with is delta-9-tetrahydrocannabinol (delta-9 THC). This cannabinoid is primarily responsible for the “high” felt after consuming cannabis but is just one of hundreds of unique cannabinoids found in cannabis plants.

Delta-8-tetrahydrocannabinol (Delta-8 THC) is similar to delta-9 THC but with a slightly altered molecular structure. It is also found in substantially lower volumes in cannabis plants compared to the often high concentrations of delta-9 THC.

“[Delta-8 THC is] an isomer, or chemical analog, of THC,” explained researchers Daniel Kruger and Jessica Kruger in a recent article for The Conversation. “The difference is in the position of a double bond in the carbon ring, which makes delta-8 THC have a lower affinity for the CB1 receptor of the endocannabinoid system in our brains. For this reason, it may be less potent than THC and cause a less-intense high.”

In 2018, changes to US federal agriculture legislation indirectly paved the way sales of delta-8 THC as long as it was derived from hemp materials. The legal loophole essentially allowed for delta-8 THC to be synthesized from hemp-derived cannabidiol (CBD).

Over 2020 and 2021, delta-8 THC products flooded the US market. It quickly became one of the fastest selling cannabis products in the country, even appearing on shelves in states yet to have legalized recreational cannabis.

Sitting in a murky legal gray area, US federal authorities have been trying to regulate delta-8 THC for months but it is still available in most states. Late in 2021, both the US Centers for Disease Control and Prevention (CDC) and the US Food & Drug Administration (FDA) published warnings over adverse effects from unregulated delta-8 THC products.

The crux of these warnings, alongside the lack of general research on the drug, was that the unregulated delta-8 THC market could lead to harmful products filled with impurities. The FDA in particular noted a number of adverse medical events had been reported following the consumption of delta-8 THC products and it was suspected that uncontrolled manufacturing processes had led to unsafe chemicals in the products.

“The final delta-8 THC product may have potentially harmful by-products (contaminants) due to the chemicals used in the [manufacturing] process, and there is uncertainty with respect to other potential contaminants that may be present or produced depending on the composition of the starting raw material,” the FDA stated in October 2021. “If consumed or inhaled, these chemicals, including some used to make (synthesize) delta-8 THC and the by-products created during synthesis, can be harmful.”

Daniel Kruger, an author on the latest published delta-8 THC studies, says it is crucial to investigate the effects of these products since they are so widely used. He argues any legal prohibition must be informed by empirical evidence, especially since delta-9 THC is legal in so many states.

“There’s this huge boom in cannabis related research now, just as there is in the cannabis industry, but there are still so many unknowns,” said Daniel Kruger. “Delta-8-THC came to market largely after the Farm Bill and everyone was saying, ‘We don’t know anything about this.’ As researchers, if the challenge is ‘we don’t know enough about this,’ the answer is ‘well, let’s study it’ because all policies should be informed by empirical evidence.”

“While it seems to cause slightly lower levels of euphoria, it also seems to produce fewer cognitive distortions such as an altered sense of time, short-term memory issues and difficulty concentrating,” Daniel Kruger and Jessica Kruger explain. “Participants were also much less likely to experience distressing mental states such as anxiety and paranoia. Many participants remarked how they could use delta-8 THC and still be productive, whereas they tended to use THC products recreationally, given its more potent, mind-altering effects.

The researchers note there is very little published work on the safety or effects of delta-8 THC. One study in 1973 measured the potency of delta-8 THC and found it was around 30 percent as strong as delta-9 THC.

“We should be cautious”

“While delta-8-THC appears to have some really big, positive attributes, we need to know more, and we should be cautious with any product that’s hitting the market unregulated and untested,” she added. “More research needs to be done because this could be a possible way to reduce harm for those who are using cannabis, and for people to have fewer negative reactions.”

Perhaps the biggest concern the researchers note right now is what effects criminalizing delta-8 THC would have on black market manufacturing. With the FDA and CDC pointing to potential contaminants as a major safety concern in delta-8 THC products, the researchers say these problems could get worse if the market is pushed further underground.

“Criminalizing substances with high consumer demand like delta-8 THC can create a black market and produce even more concerns for consumer safety, as there’s no mechanism for the regulation and protection of consumers,” the research pair explain in The Conversation. “Cannabis laws remain a patchwork of policies and regulations. With more and more Americans having access to cannabis for medicinal and recreational purposes, we believe it behooves policymakers to advocate for further study of this promising alternative.”

The new studies were published in the Journal of Cannabis Research and Cannabis and Cannabinoid Research.

Sources: University at Buffalo, The Conversation