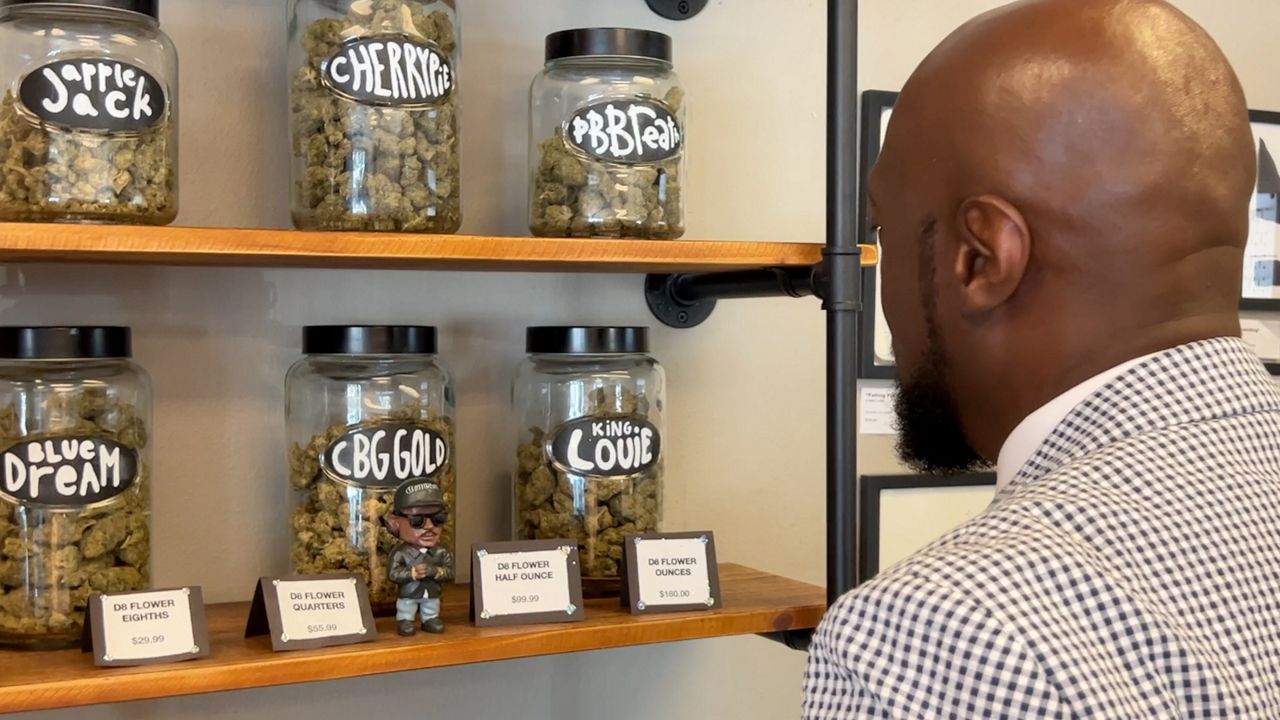 MADISON, Wis. — Alan Robinson is the cofounder of Herbal Aspect, which is a Black-owned cannabis company based in Madison.

What You Need To Know

“I am a Madison native. I have been here for years and years,” said Robinson. “Years ago, I found myself having some depression and anxiety, and I found that THC kind of helped me to navigate those types of things.”

After finding how much THC helped him, he started working with the Madison chapter of the national organization to reform marijuana laws.

“Man, we did the work, you know. At that point, Madison NORML was responsible for like 16 different cannabis questions on ballots across Wisconsin,” said Robinson.

In April of 2014, Wisconsin Act 267 was enacted and this legalized the use of medical marijuana throughout the state, but after years of advocating, Robinson was losing hope.

“When it became evident that the political landscape was not viable for change in any political category, I focused on getting the most direct help to people that I could.”

That form of help came through a cannabis company that sells both CBD and Delta 8 THC. 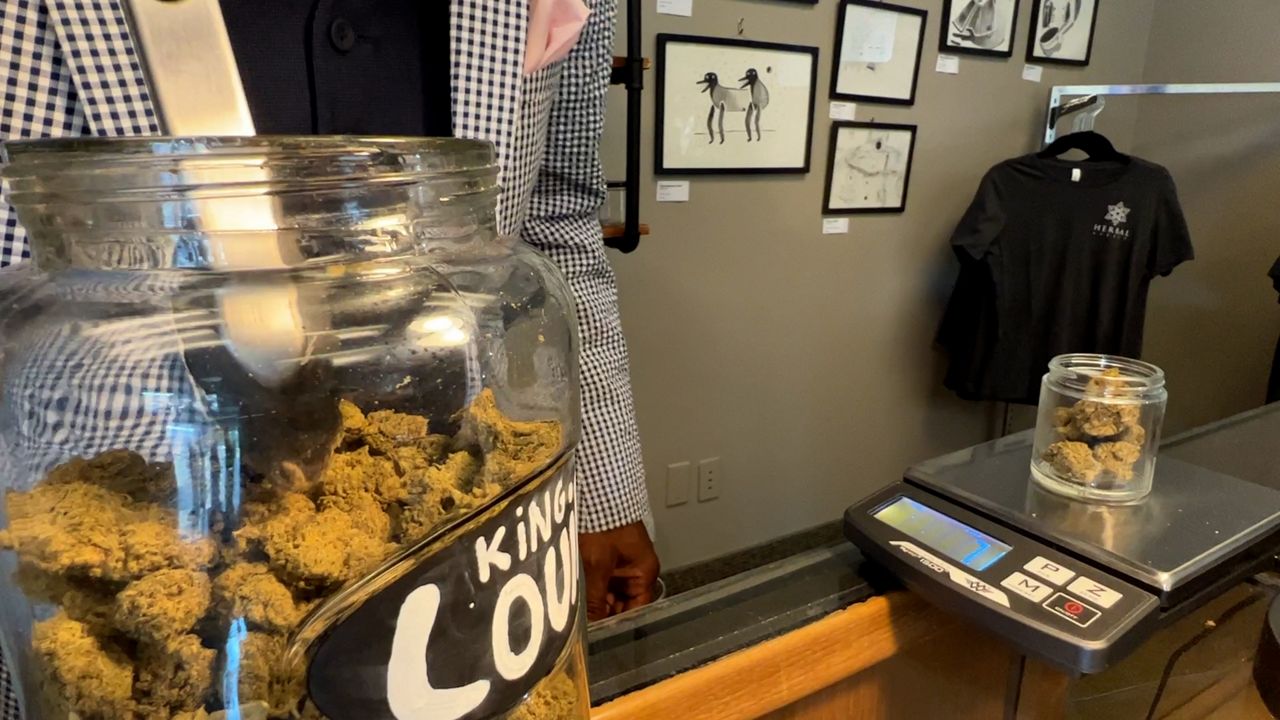 The interest in Delta 8 THC has grown drastically from 2019 to 2021, and even though the cannabinoid was first discovered in 1965, its full potential is something that still remains a mystery.

Google searches for the term Delta 8 grew by more than 850% from 2020 to 2021, particularly in states where recreational marijuana is still illegal. But despite its recent spike in popularity, there has been very few studies done on the product.

“Which basically means we don’t have a full picture of what the benefits and the risks look like,” said Cody Wenthur, an assistant professor of pharmacy at the University of Wisconsin.

Wenthur said when drugs like Delta 8 are unregulated, this provides a bigger risk for consumers because there are just too many unknowns.

“That means when people are consuming it, they are just putting themselves at risk of having something negative happen because we have a smaller body of data for how this particular compound interacts with people,” said Wenthur.

Early studies show that Delta 8 THC has a milder effect on the consumer than its big brother, Delta 9 THC (also known as traditional marijuana). But because Delta 8 is unregulated, the products that are being sold in shops across the U.S. don’t resemble what gets tested in the lab and could be altered.

What is Delta 8 and what does it do?

Delta 8 and Delta 9 THC are known as cannabinoids. Marijuanna has been found to produce between 80 and 100 of them. Two of the most common cannabinoids are Delta 9 THC and cannabidiol (CBD).

A survey shows that Delta 8 users feel less paranoid, anxious and have a different high compared to when they ingest Delta 9 THC. Most Delta 8 THC users said they experienced feelings of relaxation, euphoria and pain relief after ingesting the product.

Why is it a problem for a product to be unregulated?

To understand why unregulated products can be dangerous you have to first take a look at capitalism. The economic system uses three main methods to protect consumers:

Wenthur said when products like Delta 8 are unregulated third party companies can help to make products a little safer by performing an analysis to find out exactly what the contents are within the products but he said those analyses are not ideal.

“One of the problems (are) there’s not really great independent verification of those analyses,” said Wenthur. “There have been some fairly strong studies that indicate that the labeling could be off by factors of two, five, even tenfold.”

Wenthur said that, like all drugs, they can have both positive and negative side effects. Because Delta 8 THC and Delta 9 THC share very similar structures, the assumption is that their effects are also similar.

“They are likely to have, overall, similar effects,” said Wenthur. “There may be some other effects that come out over time, but again, to see things that are more rare or more surprising, we are going to need larger bodies of evidence.”

How is Delta 8 THC legal?

When the 2018 Farm Bill was passed, which is a package of legislation passed roughly every five years, hemp became legal and could be grown as long as it had less than 0.3% THC.

But the authors of the Farm Bill made an oversight and defined THC as Delta 9 THC, and that definition alone made Delta 8 THC legal.

Because of this oversight, Delta 8 THC is sold legally in gas stations, over the internet and in stores, like Herbal Aspect.

“I think Delta 8 exists in a legal gray area where the limits have not been tested,” said Wenthur. “Just like the scientific evidence, the legal precedent for how Delta 8 is going to be tested is very thin.”

Robinson said Navigating an unregulated market can be difficult and he said consumers have to be careful.

“I don’t think anybody should buy their products from a gas station. You wouldn’t go to McDonalds to get your prescription,” said Robinson. “I don’t think people should go to smoke shops, unless those shops have highly educated staff members.”

There are currently no laws or regulations on Delta 8 THC, and companies like Herbal Aspect could sell products that have not had third party testing done, but Robinson and his team have paid to have these tests done.

“Because it is my prerogative that my consumer, my customer and the people who followed me as an advocate ingest safe products,” said Robinson.

Robinson also requires his customers to be 21-years-old but legally 18 year olds can walk in to other shops across the state and buy Delta 8 THC products.

“An unregulated market place is absolutely not where we should be. I welcome regulation. I would encourage regulation,” said Robinson.

Uncertainty Ensues Around Sale of Delta-8 THC in Virginia