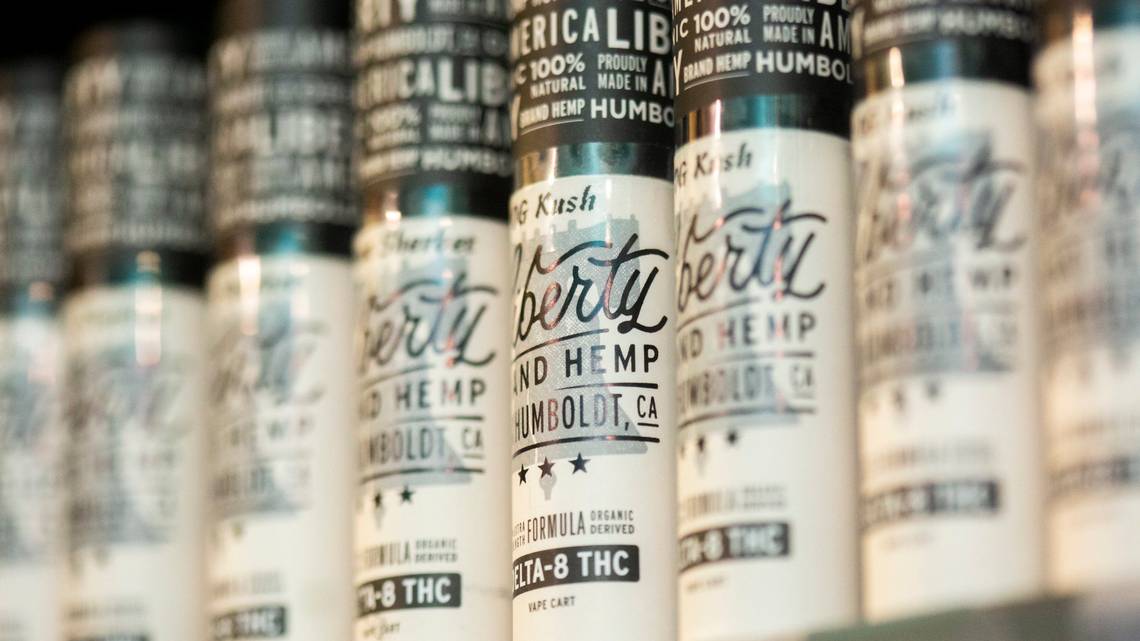 The Charlotte Observer Service Journalism desk is committed to providing answers to questions that matter to you and your community. In this space, reader-submitted inquiries — such as the one below — will be investigated each day by our team of reporters.

Although North Carolina has partially decriminalized marijuana possession, the state still prohibits the recreational use of cannabis.

A bill introduced in the North Carolina Senate in April that would legalize medical marijuana could become law as early as this year. The proposal includes a list of medical conditions allowed to be treated with marijuana, such cancer, epilepsy and HIV/AIDS.

As the bill sits idle, North Carolinians — and many across the U.S. — are turning to a substance often referred to as “marijuana lite” or “diet weed” – delta-8 THC as a fast-growing alternative.

What is delta-8 THC?

It’s chemical structure is similar to that of delta-9 THC, the main psychoactive compound found in marijuana.

Like delta-9, delta-8 does produce a euphoric, fuzzy feeling, but it causes a milder high.

Other common THC side effects like paranoia, anxiety and drowsiness are also less common when using delta-8.

Is delta-8 legal in North Carolina?

After hemp was legalized in North Carolina through the 2018 farm bill, delta-8 also became legal. Hemp contains less than 0.3% THC – anything with a higher percentage would be illegal in the state.

How is delta-8 consumed?

The best way to find your preferred consumption method is to experiment with different forms of delta-8, according to the Center for Advancing Health.

Here are some ways to consume delta-8:

What are the benefits of taking delta-8?

Health experts say delta-8 is suitable for people who don’t enjoy the “intense high that can make you experience anxiety and paranoia” caused by marijuana.

Here are some of the other benefits of delta-8 THC:

Does delta-8 have any health risks?

In September, the Food and Drug Administration (FDA) issued a warning on delta-8, stating that the “products have not been evaluated or approved by the FDC for safe uses and may be marketed in ways that put the public health at risk.”

The FDA said some products are being marketed as “hemp products,” which may mislead consumers who associate hemp with being non-psychoactive, or unable to produce a “high.”

Some delta-8 products are known to have medical or therapeutic uses, but may not have been approved by the FDA.

From December 2020 to July 2021, the FDA received reports describing 22 patients who consumed delta-8 products. Of those, 14 were sent to a hospital or emergency room for treatment. Another 19 experienced adverse events after ingesting delta-8, including vomiting, hallucinations, trouble standing and loss of consciousness.

Where in the World is Cannabis Legal?