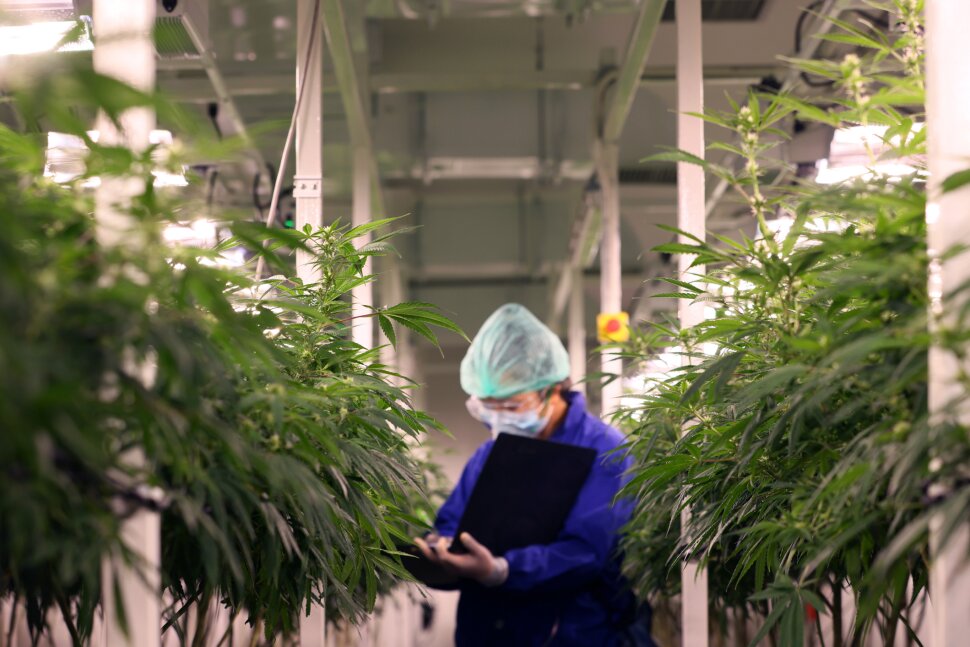 THC is the active ingredient of cannabis, and it’s become more popular for medical and recreational use in recent years. Differences in form and chemical makeup produce different effects in users, ranging from the calming effects of CBD to the euphoric effects of marijuana, also known as delta-9 THC. Somewhere between these two cannabis products is one relatively new to market: delta-8 THC.

Interest in delta-8 specifically has increased since its legalization in various states across the country. But what is delta-8, and is it safe to consume?

There are over 100 naturally occurring compounds, called cannabinoids, found in cannabis and hemp plants, says Dr. Michael Weaver, the medical director for the Center for Neurobehavioral Research on Addiction with the University of Texas Health Science Center at Houston.

Hemp and cannabis plants derive from the same species, with the primary difference being levels of tetrahydrocannabinol, also known as THC; hemp plants have less than 0.3% of THC present, while cannabis plants have more, with high-potency strains reaching near 35% THC.

Here’s the breakdown of delta-8 and its most common competitors:

Effects: Delta-8 vs. Marijuana vs. CBD

Each of these cause different effects, ranging from relaxation to euphoria. CBD is most commonly associated with calming feelings and increased relaxation. On the other hand, delta-8 and marijuana users report similar effects:

Delta-8 has similar effects to marijuana but is less potent, says Daniele Piomeli, the director of the Center for the Study of Cannabis at the University of California Irvine and director of the National Institutes of Health-funded Center of Excellence to study the impact of cannabinoids in adolescence.

Delta-8’s lower potency is a result of having a lower THC level. After consuming delta-8, it can take anywhere from 30 minutes to a few hours to feel the effects.

The legal status of delta-8 is “in a state of flux,” meaning it’s complicated and highly dependent on location, Weaver says.

Several states have made delta-8 illegal or put restrictions in place, and “the legislation concerning delta-8 will likely change,” explains Chris Parrington, an attorney for Kutak Rock, a national firm that has represented businesses in the hemp and cannabis industries that are legal at the state level for nearly a decade.

All states have currently legalized the use of hemp-based CBD products. However, the regulatory status of marijuana and delta-8 products varies from state to state. The federal government has strict regulations on anything containing particular, or high, levels of THC.

The 2018 Farm Bill, also known as the Agriculture Improvement Act, legalized hemp products that have concentrations of THC below 0.3%. As a result, they no longer fall under the Controlled Substances Act, meaning qualifying hemp products with low THC presence are now regulated differently. Although not specifically mentioned, the Farm Bill made delta-8 effectively legal because it typically is derived from hemp plants.

Yet few experts are jumping to support the use of delta-8. Piomeli notes there’s an “assumption that because (delta-8) is legal, it’s safer, but that’s not always true.”

At present, the Food and Drug Administration has not approved marijuana or delta-8 for public consumption, meaning it’s not be regulated for casual use. The FDA has only approved one cannabis-derived product, which is only available by prescription.

A primary concern when trying a new substance is safety. It’s easy to assume that because delta-8 (and CBD and marijuana) is technically legal, it’s safe for use and doesn’t have many risks. This isn’t always the case, though, and the lack of available research concerns physicians like Weaver. “There are a lot of unknowns, and it’s better to be safe than sorry,” he says.

Piomeli also makes a point of the potential unknown properties of delta-8, which may or may not be detrimental to users.

Weaver agrees: “We don’t really know all of the effects when someone’s exposed to high doses.”

While there are a number of studies on marijuana and CBD, there’s a dearth of research on delta-8. Piomeli and others strongly advocate for more research, emphasizing a current reliance on educated guesses because there isn’t enough information on delta-8 to draw formal conclusions.

“If you’re going to consume delta-8 products, you must assume you’re consuming a delta-9 (marijuana) product,” Parrington says. This assumption stems from the similarities in short-term effects and presence of THC within the substance, even though the THC levels are different.

The risks of delta-8 use, according to Weaver and Piomeli, are similar to those of marijuana:

Because “it’s similar enough to delta-9 (marijuana), we can most likely say, yes it’s addictive,” Weaver says. “People use delta-8 opportunistically, mixing and matching what they’re using based on what’s available.”

While some consumers say delta-8 helps them to relax and ease physical pain, some individuals should be cautious about trying it out, Weaver says.

Groups who should not consume delta-8 include:

On the other hand, some research suggests delta-8 can have beneficial health effects. For example, a 2018 study published in the journal Cannabis and Cannabinoid Research tested the effects of delta-8, CBD and a third cannabinoid-derivative compound called HU-308. It concluded that each of the three topical cannabinoids activated different receptors in the brain and body, but effectively reduced pain and inflammation in the eyes. Although the research was conducted with mice, the findings offer “potential for a new treatment for pain and inflammation caused by surface injuries to the eye.”

As the legalized CBD and cannabis industries continue to grow, you might wonder which of these products is the best. And there’s no clear right answer to this.

Does Delta-8 Show Up on a Drug Test?

THC in any amount stays in your body after use. The window of THC detectability changes based on how much is consumed and frequency of use. According to American Addiction Centers, THC is detectable for different lengths of time depending on the sample:

Because of the THC presence in delta-9, it will appear on a drug test, and because delta-8 has such a similar chemical structure it also has the potential to test positive. Brandon Boyd, advocate, president and founder of the Tallahassee, Florida-based company TBG Hemp, says it’s even possible to have a positive drug test for THC using CBD only, depending on frequency of use and level of THC in the CBD product.

Delta-8’s availability varies state to state, although it’s widely available for purchase online. Some states have age restrictions in place, so it’s best to research the delta-8 regulations in your state first. The methods of consumption also vary:

Experts recommend consulting with your primary care physician before trying delta-8 to ensure it won’t affect any preexisting conditions. “At the end of the day, it’s a drug,” Parrington attests, “so people need to be careful with what they’re consuming.”

Weaver goes further, saying, “there are still so many unknowns. Don’t take the risk and try it.”

Delta-8, delta-9 and CBD are not FDA-regulated, meaning it has not been evaluated or approved to be safe for use. Boyd cites the importance of using delta-8 you can trust. Many delta-8 growers are producing the product in the safest way possible, but “not all delta-8 is created equal.”

Checking the certificate of analysis, which is often featured on growers’ and sellers’ sites, helps clarify what you’re buying and the quality of the product.

There’s a lot to consider when looking into delta-8 and the lack of research shouldn’t be overlooked. While experts are able to assume the immediate effects delta-8 has on the brain and body, the potential long-term effects remain unknown.