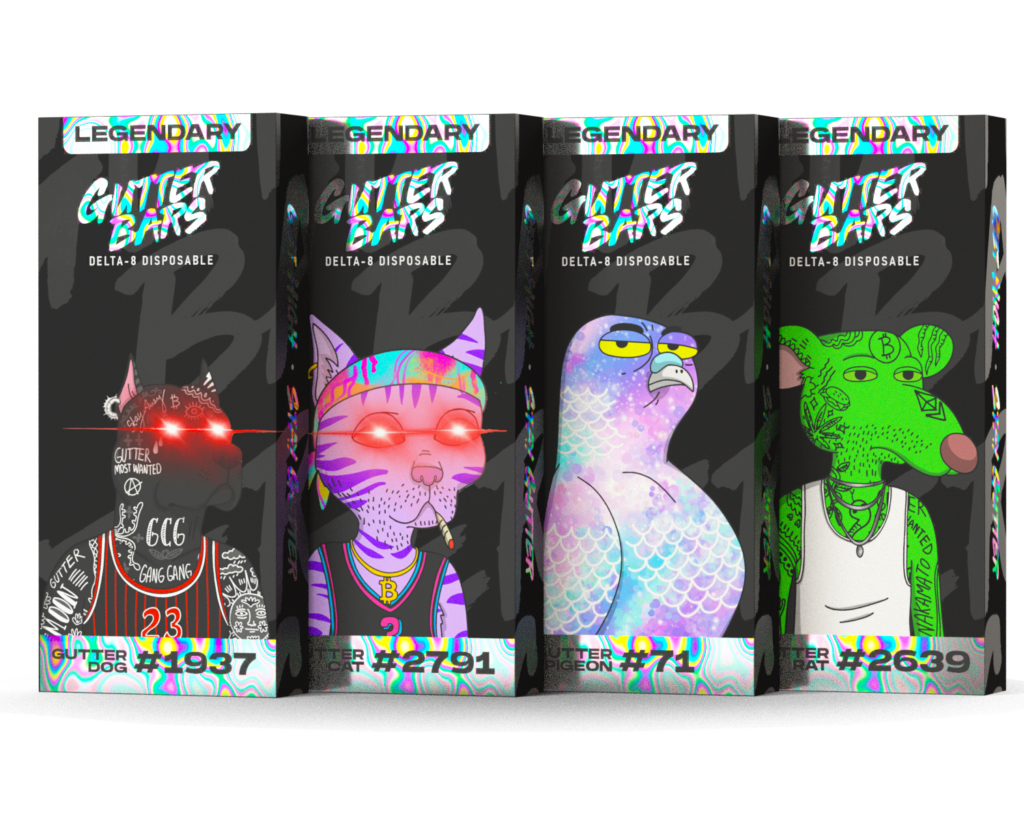 Good afternoon and welcome back to Leafly’s delta-8 THC newsletter.

Users consider delta-8 “marijuana light”—it’s only slightly different from delta-9 THC, which remains prohibited in most states. But due to a loophole in hemp legalization, hemp-derived CBD that’s chemically converted into delta-8 is legal in many states with marijuana prohibition. That’s triggered a billion-dollar hemp oil rush as the industry moves to satisfy Americans’ high demand to get high.

Is delta-8 THC still legal in your state or even county? What does the science say about safety? What do consumers report? Delta-8 news comes out daily, as regulators seek to keep pace with the new products legalized alongside hemp. What about delta-10, THC-O, or other novel cannabinoids synthesized from the CBD in hemp?

The answer? Anything but simple or static. Here’s your Leafly delta-8 update for April 2022.

The Alternative Products Expo promoters held an event in Ft. Lauderdale, FL on March 11-13. The advertisement boasted learning from “50+ expert speakers about all aspects of Delta8, CBD/Hemp, and other alternative products!” as one of the main draws. [Altproexpo.com]

A Reddit user thinks using delta-8 gave them a foot fetish. “Felt really weird and ended up falling asleep because of it. When I woke up I had the strongest craving for feet, and I have never been a feet guy before.” [Reddit]

I tried delta-8 THC: Here’s what it feels like

An Insider writer went to Wake & Bakery, a delta-8 cafe in Chicago that we mentioned last month. She liked the high and the relatively low price compared with licensed cannabis and described delta-8 as “quasi-legal.” [Insider]

It appears that NFTs and delta-8 are becoming popular co-branding opportunities. Even after reading about it, I still don’t quite understand how an Alibi delta-8 gummy can be NFT-themed. [Gutter Bars, Alibi]

And a ballsy Missouri Bud Man sold ‘delta-8 flowers’ at St. Louis’ historic Soulard Farmers Market, like it was walnuts or something. Under the cover of CBD laws, Bud Man charged ‘$5,000 for 10 pounds. (There’s no such thing as delta-8 flowers, it’s usually hemp flower sprayed with D-8 distillate.) [Fox 59]

The Georgia Senate sent back a hemp bill to committee after lawmakers noticed language that would have unintentionally made delta-8 legal. [AJC]

Kansas’s attorney general issued an opinion saying delta-8 THC is only legal if derived from hemp. Products containing it must not exceed 0.3% total THC. [via Marijuana Moment]

In Kentucky, the Senate Agriculture Committee approved a bill to ban delta-8. By the end of the month, after conferring with advocates in the state’s hemp industry, Sen. Paul Hornback, who sponsored the bill, asked legislators to hold the bill while he amended it so that it will only prohibit sales to those under 21. [wkms.org, NKYTribune]

How does delta-10 compare to delta-8 and THC?

Minnesota regulators voted to allow small amounts of THC in over-the-counter hemp products. According to lobbyist and activist Kurtis Hanna, this ruling by the state’s Pharmacy Board finally allows the purchase and possession of delta-8, delta-10 and CBD, though sales will have to be addressed by the legislature at a future date. [Star Tribune, Hemp Industry Daily]

A bill introduced in Tennessee would further limit the allowed delta-8 THC content to 0.3%. [Fox17 Nashville]

Utah lawmakers banned smokable hemp and putting CBD in food, deferring to federal authorities instead, but delta-8 managed to emerge unscathed. The ban specifically excludes “any cannabinoid that has been intentionally created using a process to convert one cannabinoid to another,” which is how delta-8 THC is usually produced. [Hemp Industry Daily]

Virginia lawmakers passed a convoluted measure that redefines marijuana in a way that’s intended to regulate sales of delta-8. It was rewritten to broaden the definition of marijuana to include any substance containing a total THC concentration over 0.3%, which includes delta-8 and other related cannabinoids. A license would be required to sell it. [Associated Press]

How to find and buy quality delta-8 THC products

In Washington, last-minute disagreements about the rise of hemp-derived THC products derailed legislative proposals to ban the sale of hemp-derived delta-8. Lawmakers quarreled about how much authority to give the state’s Liquor and Cannabis Board and ultimately failed to arrive at a compromise. [MJBizDaily]

Other D-8 news around the web

Cannabis farmers are concerned about hemp-derived cannabinoids harming their businesses and how states are individually grappling with the issue. “It’s going to make our farm obsolete,” Griffis, the chief operating officer of True North Collective, testified before Michigan’s Marijuana Regulatory Agency recently. “The $3 million or so that I’ve invested … is going to be wiped out.” [Associated Press]

Your correspondent was interviewed as a source for a deep dive article discussing the physical effects and legality of delta-8, which was also made into a short PBS/Nova documentary on the subject. [KPBS]

In Gwinnett County, Georgia, a judge issued a restraining order against the district attorney, preventing him from prosecuting people for selling or possessing delta-8 and delta-10 products. “I have concerns that this may or may not be a rogue DA,” Fulton County Superior Court Judge Schwall said. “I think there may be some prosecutorial priorities misplaced.” [Associated Press]

The sheriff in Catoosa County, Georgia sent letters to local retailers informing them they had tested products labeled as containing delta-8 only to find they contain “an illegal amount of Delta 9 THC, the psychoactive agent in cannabis products that produces a ‘high.’” Stores have until the end of the month to remove the products and that the Sheriff has “evidence needed to move forward with prosecution and seizures.” [News Channel 9 ABC]

Indiana lawmakers spared delta-8 this year, but promised a reckoning in ‘23. “The DEA (Drug Enforcement Administration) on this issue says if it’s naturally derived, that it’s legal; if it’s synthetically derived, it is illegal,” Sen. Michael Young said. “The problem is, for our police departments, we can’t tell which one’s derived naturally or which one’s done synthetically.” [Indiana Public Media]

The number of so-called delta-8 products tested in this University of Rochester study that ended up actually containing delta-8. [The Cannabis Scientist]

HHC seems to be the novel cannabinoid of the moment. This is an informative but tight guide comparing HHC to THC [Vaping360].

WebMD published its own guide to HHC [WebMD].

And that’s it for Leafly’s monthly novel cannabinoids news roundup. It’s the wild west and east out there. We’ll keep an eye on the topic and see you next month for more.

Jackie Bryant is a San Diego-based journalist covering cannabis business and culture. Her work can be found in print and online at Voice of San Diego, the San Diego Union-Tribune, Forbes, Uproxx, Different Leaf, and many more. She also writes a cannabis culture newsletter called Cannabitch.

The latest in Strains & products

By submitting this form, you will be subscribed to news and promotional emails from Leafly and you agree to Leafly’s Terms of Service and Privacy Policy. You can unsubscribe from Leafly email messages anytime.