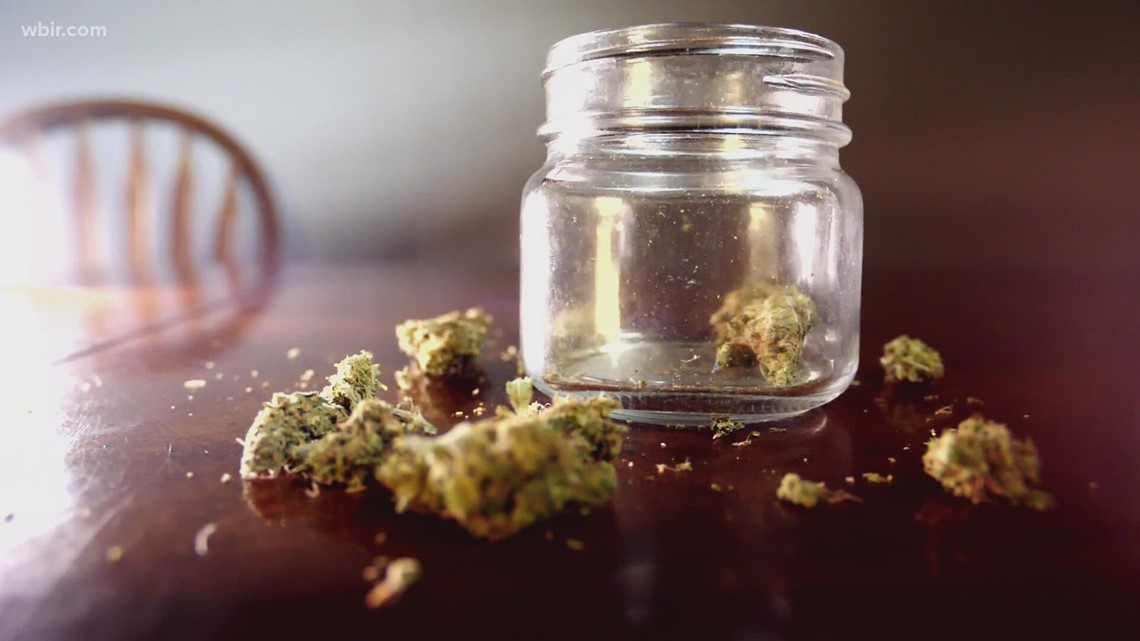 The bill would redefine concentrated Delta-8 and other THC derived from hemp as marijuana. If passed, it would make most of those products illegal in the state.

NASHVILLE, Tenn. — A bill that would effectively make Delta-8 THC products illegal in Tennessee continues to advance in the state legislature, and lawmakers are poised to take it up in committee next week.

Currently, Delta-8 products are legal to sell and consume in Tennessee and most other states because the psychoactive THC is derived from legal CBD extracted from hemp.

Since the rise of Delta-8’s popularity, lawmakers have expressed worries over its unregulated status. A bill in the Tennessee legislature, HB 1927, would regulate the substance by making it largely illegal outside trace-level concentrations. The bill was amended in April to be more specific to include other hemp-derived THCs such as Delta-9 and 10 and the derivative hexahydrocannabinol (HHC), but exclude non-THC hemp byproducts such as CBD.

The bill is sponsored by Rep. William Lamberth (R-Portland). The proposed legislation calls for redefining marijuana, which is illegal in Tennessee, to include hemp and hemp products that have a cannabinoid other than Delta-9 THC such as Delta-8 in concentrations of more than 0.1%, and Delta-9 THC products with concentrations of 0.3% or less on a dry-weight basis.

“Currently, hemp products containing the Delta-8 cannabinoid, a form of THC, are unregulated at the state and federal level and are commonly sold across the state,” the bill said. “The sale of such products is assumed to be due to the psychoactive effects of such cannabinoid.”

The bill said it anticipates such a move to cause a decrease in sales, and therefore local and state tax revenue. The bill was amended in early April after lawmakers said the fiscal impacts were estimated incorrectly.

In terms of financial impacts to the state, if passed lawmakers now believe the state would lose nearly $3 million in revenue — down from its initial $5 million estimates — and nearly $1.2 million in local revenue in subsequent years. The state believes this legislation would also lead to an increase in felony arrests, saying it expects to pay $2,900 more in incarceration expenses yearly.

Lawmakers have recommended the bill for passing in both the House and Senate, and the House Government Operations Committee is scheduled to discuss the legislation on April 25.