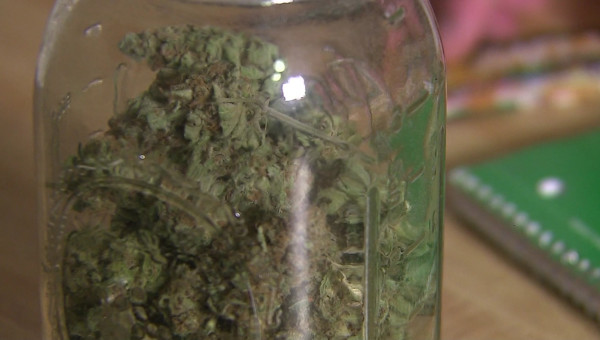 In their first week, dispensaries sold more than $2 million in cannabis, according to the Connecticut Department of Consumer Protection.
But now, Republicans want to put the brakes on the industry. Their bill would suspend new retail licenses until the state has more drug recognition experts. As News 12 reported in June 2021, DREs are police officers who are specially trained to run cognitive tests on drivers.

“Certain drugs will affect a person’s pupil size, so we’ll use this card to indicate that,” Norwalk Police DRE Ty Boyd told News 12 then.

Right now, there are only 62 drug recognition experts spread across 38 agencies, according to the Connecticut Department of Transportation. DOT provides training, but officers must be tested out of state, making the process time-consuming.

GOP lawmakers also want to give police more authority to pull drivers over. Current law prohibits officers from pulling a driver over just because they see marijuana smoke.

“The subjective perspective of an officer – that they saw a cannabis cigarette from their car – that’s pretty difficult to be able to pull off,” said state Sen. Gary Winfield (D-New Haven), who helped write the law legalizing cannabis sales. “It’s important for the public to recognize, if you’re operating your car in such a way to indicate that you are incapable of maneuvering the car, you can be pulled over. Just like, if you don’t have a bottle of alcohol in your hand, but you are operating your car, you can be pulled over.”

Republicans are also calling for a ban on edibles, requiring child-proof containers and labels with strict warnings, among other regulations.

“Consumption of marijuana may be addictive, lead to birth defects, or cause psychosis,” said state Rep. Holly Cheeseman (R-East Lyme). “We’re asking for the same government health warning that you see on cigarettes.”

The GOP proposal would also set THC limits in state law, instead of allowing consumer regulators to set them. Also, gas stations would be prohibited from selling any products containing THC, a legal area critics said is gray.

“There’s 11 retail locations, or gas stations, in the town of Trumbull,” said state Rep. Dave Rutigliano (R-Trumbull). “Eight of them had delta-9 and delta-8 on the shelves and selling it.”

Winfield said many of the GOP ideas were already debated in 2021, but he’s open to tweaking the cannabis law.

“Am I willing to have conversations? Absolutely,” said Winfield. “And if those conversations aren’t just political – if they have real value – then maybe we make progress.”

The Republican bill will have a public hearing next month. Several Democrats have also filed cannabis-related legislation, including changes to the social equity lottery system and tax breaks for entrepreneurs.

Why Should You Look For Lab Testing While Buying Delta 10?