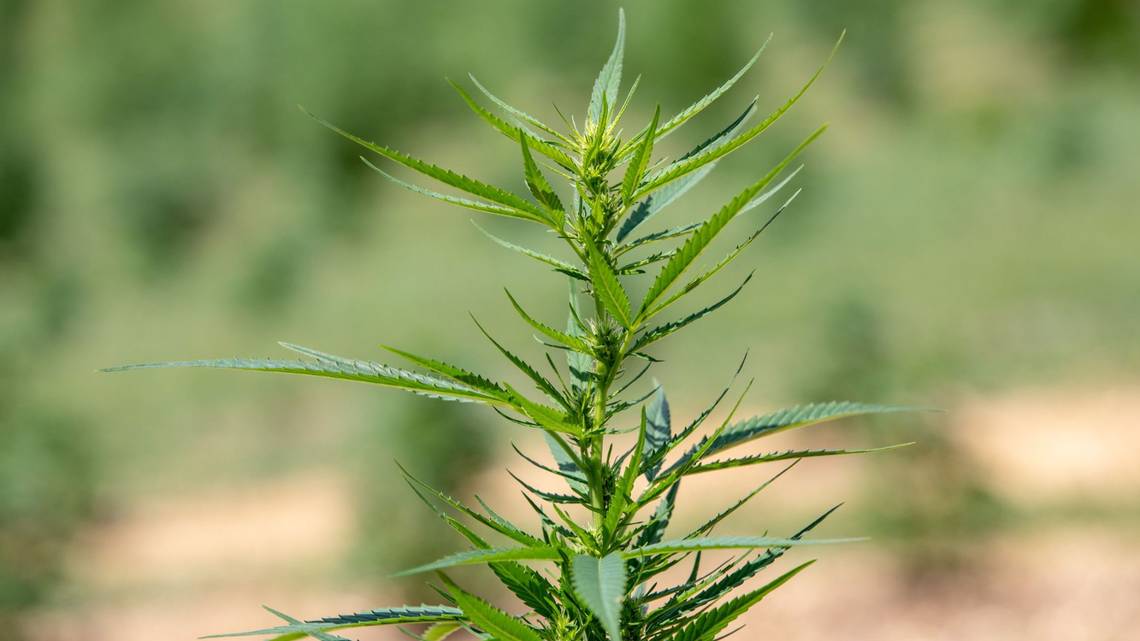 A Lexington man is suing a North Carolina-based vape manufacturer after a Lexington store sold him an electronic vaporizer containing a psychoactive substance, Delta 8, allegedly against his knowledge.

Roy Howard filed a suit against a Lexington location of Hemp XR in Fayette Circuit Court on Aug. 31, alleging the product sold to him caused him to become intoxicated and hit a LexTran bus in July 2022.

Howard said in the lawsuit that he went to Hemp XR to find a product with CBD that would naturally calm his day-to-day anxiety. The complaint states he told the employees of the shop he did not want a product that would cause him to get high. He alleged that he unknowingly got Delta 8, which intoxicated him and led to his crash.

But in a legal response filed by Hemp XR late last week, the company said that Howard specifically chose the product he purchased off a shelf labeled “Delta 8 THC,” which was visibly marked in the store, according to court records. Hemp XR denied all of Howard’s claims.

CBD or cannabidiol, the product Howard alleges he asked for, is the second most prevalent active ingredient in marijuana. CBD doesn’t contain tetrahydrocannabinol (THC), the psychoactive ingredient found in marijuana that produces a high. CBD is used to help soothe chronic pain, anxiety and other ailments.

Delta 8 or Delta-8-tetrahydrocannabinol, the product that Howard alleges he was unknowingly given, is a naturally occurring chemical compound called a cannabinoid that’s found in small traces in hemp and marijuana plants that does cause a mild high. It is akin to Delta-9, the active ingredient found in street marijuana, or marijuana that is sold legally in other states, according to the Food and Drug Administration.

Delta 8 was made legal as part of a 2018 federal farm bill that allowed farmers to grow hemp.

Howard’s lawsuit alleges the Hemp XR employee ensured Howard he would not get high with the vaporizer he was given, and allegedly threw away all packaging the device came in, thus throwing away any warnings of what the product contains.

The store denied this claim in its legal response and stated video footage showed that Howard had the packaging with the warning label intact. The label warns against operating heavy machinery while using it, according to Hemp XR. The store’s legal reply also said Howard left the store with the packaging.

“This packaging was retained by (Howard) when he left (Hemp XR) with the box in hand,” court documents state. “Video evidence of (Howard) packing the product back in the original box container, and leaving the store, is in possession of (Hemp XR).”

According to his lawsuit, Howard alleged he was not told the product contained THC, and that the product was all natural. He told the employees he intended to use the product on his way home.

Hemp XR said in its response to the lawsuit that Howard was instructed by employees to not use the product and drive, as stated on the packaging. Court documents from Hemp XR say the employees also told Howard to inhale the product only one time and to wait 10 to 15 minutes before inhaling another portion of the product to determine its effect.

When Howard did use the vaporizer and drive, he became intoxicated, and hit a LexTran bus which injured him and two passengers on the bus.

According to Howard’s attorney, James Yoder, his client has not been charged with a crime.

“He told officers on the scene what happened, and I think the officers realized that he didn’t know at the time what was happening,” Yoder said. “Mr. Howard is not an active drug user. He had no idea this was going to happen to him and in my conversations with him he felt terrible that it did happen. But he did not know he was putting anyone at risk.”

According to the police report, Yoder told officers on the scene he did not know how the collision occurred. Several witnesses and passengers on the bus stated the bus had a green light, while Howard’s car ran a red light at the intersection.

Howard is suing the company for negligence, failure to warn, violating the Kentucky Consumer Protection Act and KRS 311.590 – engaging in medicine without a license. He is seeking both punitive and physical damages. Hemp XR is asking for the claim to be dismissed by the court.

Hemp XR employees declined to provide comment to the Herald-Leader, and multiple attempts to contact the company’s owner and attorney went unanswered.

Taylor Six is the criminal justice reporter at the Herald-Leader. She was born and raised in Lexington attending Lafayette High School. She graduated from Eastern Kentucky University in 2018 with a degree in journalism. She previously worked as the government reporter for the Richmond Register.

Delta 8 THC in Florida: Where to Buy and Is It Legal?