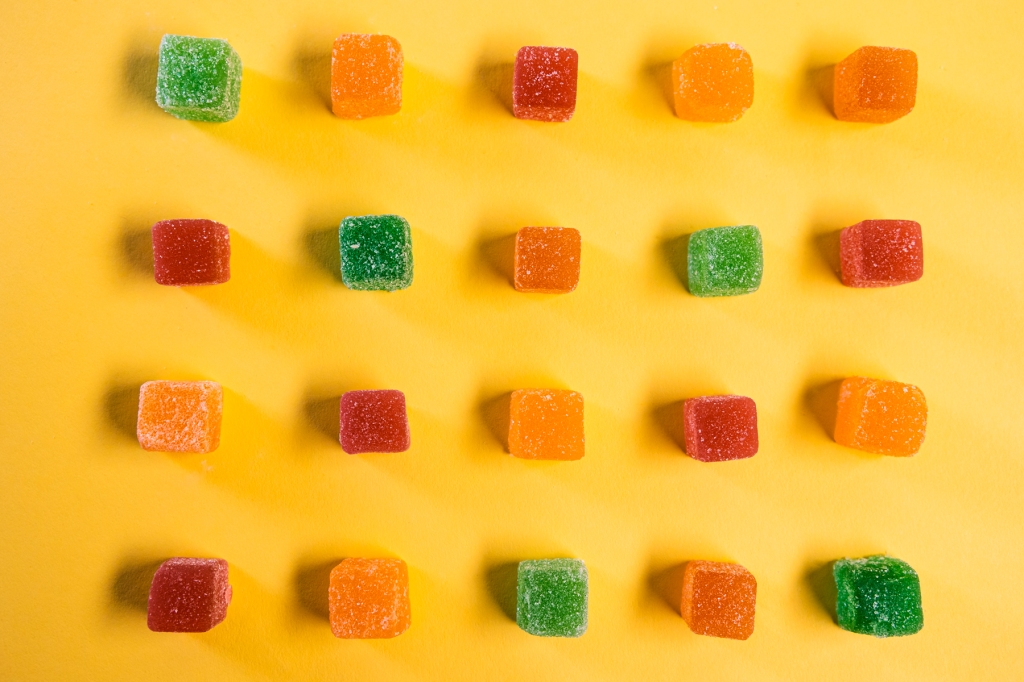 A few weeks ago, toward the end of a hectic workday, a writer — let’s call her Sarah — took what she thought was her usual dose of CBD. She had recently been gifted a new bottle from the same brand she always takes, and though the label was different, Sarah didn’t really notice. Two hours later, she was a lot more relaxed than she expected to be. “I was eating dinner and suddenly staring into space,” she recalls. Her husband was amused; she was worried. Then she realized that what she’d taken wasn’t CBD at all, but something called delta-8 THC. It claimed to be just as legal as ultra-mild CBD, but this one got her stoned.

Like well-known delta-9 THC — essentially, weed’s active ingredient — delta-8 THC does, as Sarah discovered, get you high. But the products wouldn’t exist without its less-intoxicating predecessor. After the 2018 farm bill legalized industrial hemp (defined as cannabis that contains less than .3 percent THC; as opposed to marijuana, which contains a lot more), American producers set to work seeing what they could chemically isolate from the newly legal plant. Mostly, this was CBD. But then, they got creative.

First identified in the 1940s, delta-8, which is naturally present in very small amounts in cannabis, was mostly reserved for animal studies. “Delta-8 THC typically gets made by a synthetic process, which is a cyclization reaction from CBD,” says Linda Klumpers, a University of Vermont clinical pharmacologist and pharmacology consultant with Verdient Science who co-authored a recent review of delta-8 studies. By adding acid and solvent to CBD, it changes the molecule, and you get delta-8. No one really took delta-8 seriously until a glut of CBD allowed for experimentation, and led to a whole new range of products that goes beyond just getting high.

The problem with delta-8 products made from industrial hemp, however, is that there are no federal testing requirements — those are implemented on the state level when it comes to delta-9 — so you don’t necessarily know what you’re getting. Grant Boatman of Canna River — which makes vapes, gummies, and other products that include a variety of hemp-derived cannabinoids — says their products go through rigorous safety testing (lab reports are available on its website), but that can’t be said for many on the market. “We go above and beyond to make sure the products that we buy, the raw materials, are all clean,” he says. “[But] there’s a tremendous amount of bad actors that just don’t care.” (One product in particular to avoid is delta-8 prerolls, which are generally made of CBD flower sprayed with the lab-derived cannabinoid.)

On top of safety concerns, there’s also the problem of whether or not it’s actually legal. While some states have made laws specifically outlawing on a federal level the sale of delta-8, advocates claim that since it’s derived from a legal substance, it should be allowed; others say that since it’s an analogue of a federally controlled substance, it has the same legal standing as delta-9 THC. Shawn Hauser, a Colorado lawyer who specializes in cannabis law, explains it’s not really about the legality of the molecule itself. “For products that are interstate commerce and intended for human consumption, they have to be legal under the Federal Food, Drug, and Cosmetic Act,” she says. “And delta-8 products are not.” But like with CBD, the FDA is so far only cracking down on companies making health claims.

In states with legal weed, some operators have opted to use CBD extracted from marijuana plants, which aren’t legal for interstate commerce, but do have the benefit of being part of a regulated market — offering the customer more confidence. “Because of the FDA’s absence, these state programs include very robust regulatory frameworks — kind of like mini FDAs,” says Hauser. They control everything from packaging guidelines to manufacturing standards to testing requirements. Alexi Chialtas, whose company WUNDER is licensed to make cannabis drinks under California’s marijuana program, sees expansion of available cannabinoids as an opportunity to target moods, not skirt state law. “We ultimately decided to blend delta-8 THC and delta 9-THC, and then also CBD, because we appreciated the experience,” he explains. “It is the closest to kind of this unwinding [feeling], more complex high, if you will.”

The proliferation of delta-8 has opened the door to experimentation with more obscure cannabinoids, like delta-10 THC and hexahydrocannabinol, also known as HHC — which has scientists more concerned. “Delta-10 THC has never been studied in people,” says Klumpers. “In fact, I couldn’t even find any study of delta-10 THC in animals.”

While HHC, which is made by hydrogenating delta-8 or delta-9 THC, has been studied in animals, it’s still unclear if it could have any adverse reactions on humans. Mark Scialdone — an organic chemist who patented the process to make a form of HHC called HHCA — notes that there could be unforeseen consequences from ingesting a molecule that hasn’t gone through human testing. He points to the discovery of hydrogenated vegetable shortening, which improved shelf stabilization of food products, but introduced a new wrinkle to the American diet. “What we now know is that hydrogenation of fats makes trans fats in the process,” says Scialdone. “Could [chronic use of] hydrogenated cannabinoids over many, many years, lead to chronic health conditions? We just don’t know yet.”

This piece appears in Rolling Stone’s annual Hot List, in the July/August issue of the magazine.

Get Ready to Blast Off with Galaxy Treats