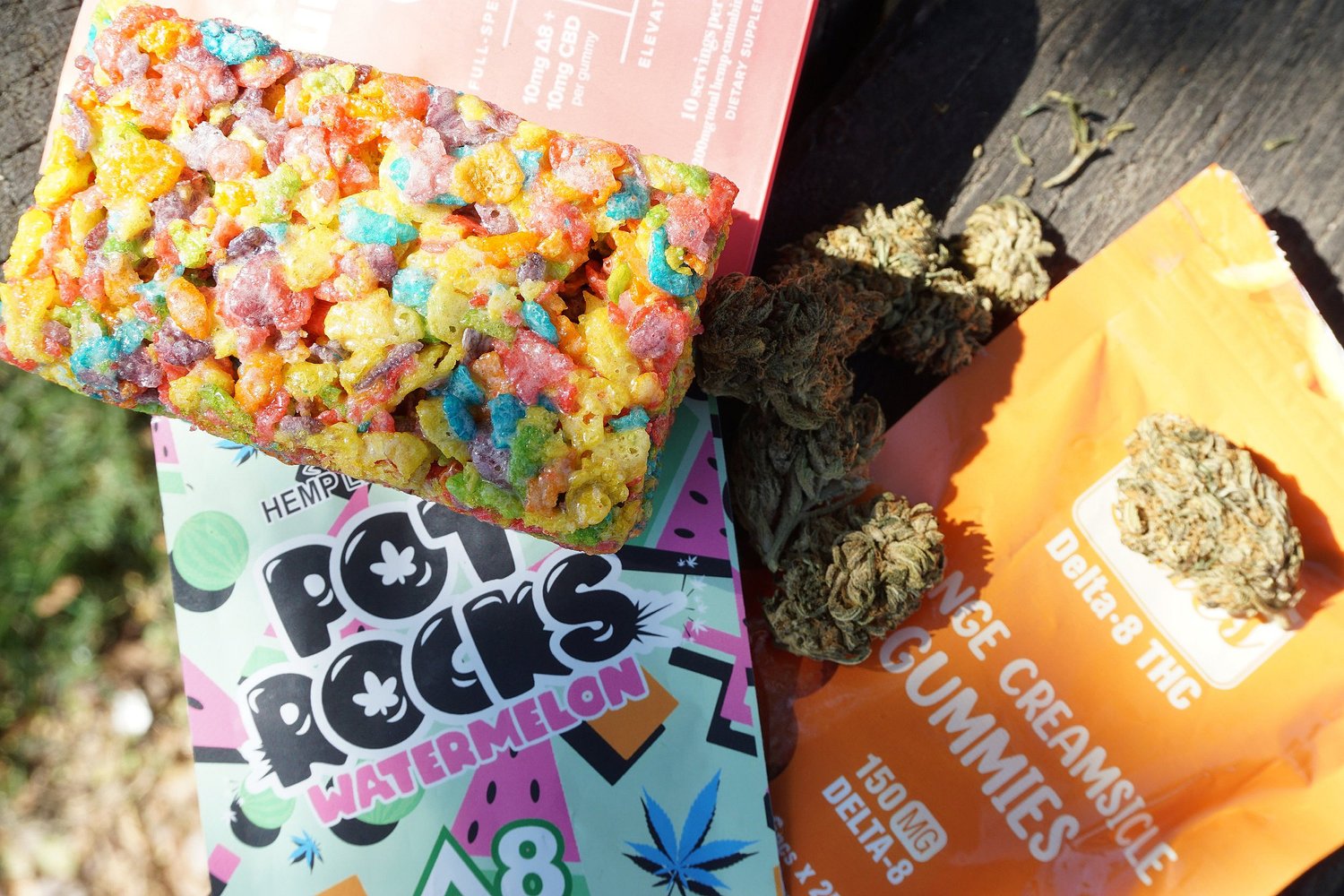 Suzan Kennedy has smoked marijuana, and says her Wisconsin roots mean she can handle booze, so she was not concerned earlier this year when a bartender in St. Paul, Minnesota, described a cocktail with the cannabinoid delta-8 THC as “a little bit potent.”

Hours after enjoying the tasty drink and the silliness that reminded Kennedy of a high from weed, she said, she started to feel “really shaky and faint” before collapsing in her friend’s arms. Kennedy regained consciousness and recovered, but her distaste for delta-8 remains, even though the substance is legal at the federal level, unlike marijuana.

“I’m not one to really tell people what to do,” said Kennedy, 35, who lives in Milwaukee and works in software sales. But if a friend tried to order a delta-8 drink, “I would tell them, ‘Absolutely not. You’re not putting that in your body.’”

The FDA and some marijuana industry experts share Kennedy’s concerns. At least a dozen states have banned the hemp-derived drug, including Colorado, Montana, New York, and Oregon, which have legalized marijuana. But delta-8 manufacturers call the concerns unfounded and say they’re driven by marijuana businesses trying to protect their market share.

So what is the difference? The flower of the marijuana plant, oil derived from it, and edibles made from those contain delta-9 tetrahydrocannabinol, the substance that produces the drug’s high, and can be legally sold only at dispensaries in states that have legalized marijuana.

Similar products that contain delta-8 THC are sold online and at bars and retailers across much of the U.S., including some places where pot remains illegal. That’s because a 2018 federal law legalized hemp, a variety of the cannabis plant. Hemp isn’t allowed to contain more than 0.3% of the psychotropic delta-9 THC found in marijuana.

The concerns about delta-8 are largely focused on how it’s made. Delta-8 is typically produced by dissolving CBD — a compound found in cannabis plants — in solvents, such as toluene that is often found in paint thinner. Some people in the marijuana industry say that process leaves potentially harmful residue. A study published in the journal Chemical Research in Toxicology last year found lead, mercury, and silicon in delta-8 electronic cigarettes.

The FDA has issued warnings about the “serious health risks” of delta-8, citing concerns about the conversion process, and has received more than 100 reports of people hallucinating, vomiting, and losing consciousness, among other issues, after consuming it. From January 2021 through this February, national poison control centers received more than 2,300 delta-8 cases, 70% of which required the users to be evaluated at health care facilities, according to the FDA.

Delta-8 is “just the obvious solution to people who want to have access to cannabis but live in a state where it’s illegal,” said Dr. Peter Grinspoon, a primary care physician at Massachusetts General Hospital and a longtime medical cannabis provider. “You can either get in a lot of trouble buying cannabis, or you can get delta-8.”

Grinspoon described delta-8 as about half as potent as marijuana. But because of the lack of research into delta-8’s possible benefits and the absence of regulation, he would not recommend his patients use it. If it were regulated like Massachusetts’ medical and recreational marijuana programs, he said, harmful contaminants could be flagged or removed.

Christopher Hudalla, chief scientific officer at ProVerde Laboratories, a Massachusetts marijuana and hemp testing company, said he has examined thousands of delta-8 products and all contained contaminants that could be harmful to consumers’ health.

Delta-8 has “incredible potential as a therapeutic” because it has many of the same benefits as marijuana, minus some of the intoxication, said Hudalla. “But delta-8, like unicorns, doesn’t exist. What does exist in the market is synthetic mixtures of unknown garbage.”

Justin Journay, owner of the delta-8 brand 3Chi, is skeptical of the concerns about the products. He started the company in 2018 after hemp oil provided relief for his shoulder pain. He soon started wondering what other cannabinoids in hemp could do. “‘There’s got to be some gold in those hills,’” Journay recalled thinking. He said his Indiana-based company now has more than 300 employees and sponsors a NASCAR team.

He attributes the side effects to taking too much. “We say, ‘Start low.’ You can always take more,” Journay said.

Journay said that he understands concerns about contaminants in delta-8 products and that his company was conducting tests to identify the tiny portion of substances that remain unknown, which he asserts are cannabinoids from the plant.

An analysis of 3Chi delta-8 oil conducted by Hudalla’s firm last year and posted on 3Chi’s website found multiple unidentified compounds that “do not occur naturally” and thus “would not be recommended for human consumption.” Delta-8 oil is still sold on 3Chi’s site.

Journay said the analysis found that only 0.4% of the oil contained unknown compounds. “How can they then definitively say that compound isn’t natural when they don’t even know what it is?” he said in an email.

“The vast majority of negative information out there and the push to make delta-8 illegal is coming from the marijuana industries,” Journay said. “It’s cutting into their profit margins, which is funny that the marijuana guys would all of a sudden be for prohibition.”

Delta-8 products do appear to be significantly cheaper than weed. For example, Curaleaf, one of the world’s largest cannabis companies, offers packages of gummies that contain 100 milligrams of delta-9 THC for $25, plus sales tax, at a Massachusetts dispensary. At 3Chi, gummies with 400 milligrams of delta-8 cost $29.99 online, with no tax.

Journay’s criticism of the marijuana industry holds some truth, said Chris Lindsey, government relations director for the Marijuana Policy Project, which advocates for legalization of marijuana for adults.