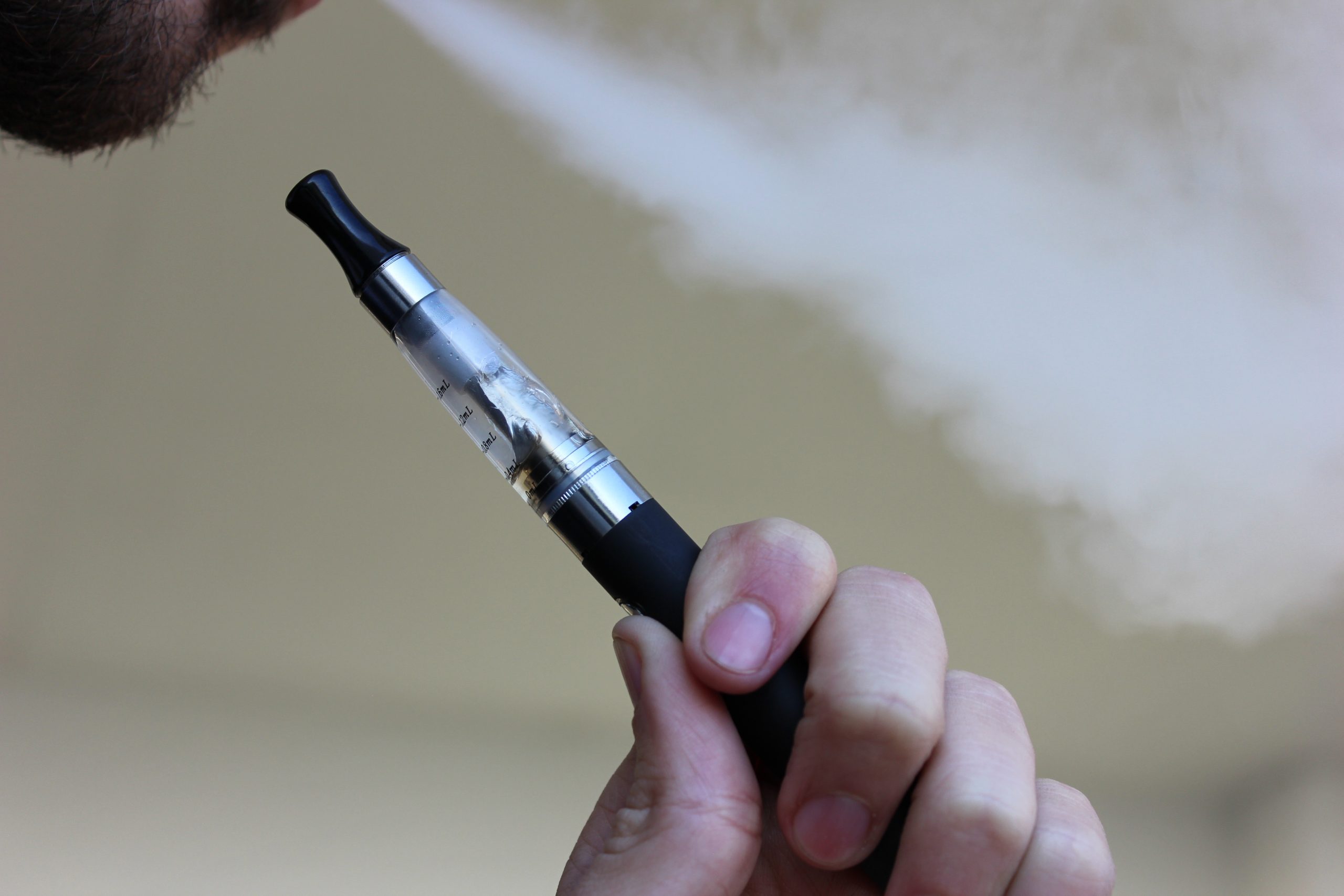 Prohibition is coming for delta-8 THC—an intoxicating designer drug that inventive producers have been able to synthesize from CBD. Lawmakers are calling for federal regulation and agencies are already moving to warn companies about their products. Are the days numbered for this lesser-known THC alternative?

What Is This Stuff?

Delta-8 THC is an isomer of delta-9 THC—the well-known psychoactive compound found in cannabis. The two molecules share the same formula but have slightly different structures, making delta-8 THC have slightly less psychoactive effects than its counterpart. Users of this designer drug say it produces a relaxing high that is similar to traditional THC extracts but is much more mellow.

While delta-8 THC does occur naturally in cannabis, it’s only found in very small concentrations. Any delta-8 THC extract made from a cannabis plant would be illegal, since it was sourced illegally, but manufacturers have found a loophole. By processing CBD extracted from hemp plants and treating it with a chemical solvent, delta-8 THC can be created synthetically in a manner that is completely legal—currently, at least.

Raphael Mechoulam, a professor of medicinal chemistry at Hebrew University of Jerusalem and former president of the International Cannabinoid Research Society, has claimed that delta-8 THC is more stable than delta-9 THC and might prove more therapeutic than its better known counterpart, but that claim has yet to be tested.

Any delta-8 THC extract made from hemp is technically legal under the 2018 Farm Bill, which defined and legalized “hemp” as cannabis containing less than 0.3 percent THC by dry weight. The bill also legalized any extracts prepared from hemp (although hemp-derived CBD is still operating in a gray area of the law).

Federally speaking, the compound is legal for sale without restrictions, but a number of states have passed laws banning the sale of delta-8 THC products. New Mexico hasn’t passed any laws against the drug, however, and there doesn’t appear to be much if any discussion about it in the Roundhouse.

Attitudes toward the drug have changed drastically in recent months. While most lawmakers and members of the public seemed unaware of delta-8 THC just last year, concerns over its availability to minors and the lack of federal regulatory oversight have become inflamed in recent months.

Late last month, CBD Oracle released the results of a lab study it commissioned to examine the accuracy of labels found in the unregulated delta-8 THC market. The results were less than shocking. Technicians discovered that a number of products were mislabeled and some of them even had more THC than the law allowed. “Our lab analysis reveals that while most hemp delta-9 products (96 percent) fall within the limits set by the 2018 Farm Bill, slightly over half varied substantially from their advertised dosage,” wrote the researchers. “The dosages were also much higher than the allowable dosages for edibles in legal states, some 3.7-fold higher than the maximum allowed in states like Colorado or California. Although they often claim to be natural, 64 percent of products used THC that had been chemically converted from CBD.”

The researchers found that none of the products tested positive for dangerous compounds like pesticides, residual solvents, heavy metals and other contaminants. But they noted that about 75 percent of the companies failed to conduct these test themselves before placing the products on the market.

The study also found a startling statistic: 85 percent of products being purchased were done so without age verification at checkout, and 98 percent of the products were being sold online and were delivered without the need for an adult signature.

One positive finding was that 83 percent of tested products came affixed with a label that warned against driving or operating heavy machinery while using the product, consuming while pregnant or using if subject to drug testing. The warnings also labeled the products as intended for adult use.

“We must hear directly from the FDA to ensure the agency has a plan to institute a regulatory solution that can effectively monitor the sale of hemp products and protect the health of children,” Comer wrote in his request to the Committee on Oversight and Reform to hold a hearing demanding a resolution.

Comer has repeatedly sided with hemp activists regarding CBD—he’s even said he takes the drug to treat pain—but he takes a firm stance against the unfettered proliferation of delta-8 THC products in his letter. “The production and sale of delta-8 THC
undermines the congressional intent of the 2018 Farm Bill. The bill was intended to legalize
non-intoxicating hemp products, not a synthetic alternative to marijuana,” he wrote.

Last week the FDA finally made a move regarding delta-8 THC extracts. According to a press release, the agency sent warning letters to five different companies “for selling products labeled as containing delta-8 tetrahydrocannabinol (delta-8 THC) in ways that violate the Federal Food, Drug, and Cosmetic Act.”

The FDA clarified that there are no delta-8 THC drugs that have been approved by the agency and that any product claiming to “diagnose, cure, mitigate, treat, or prevent diseases” would be considered an unapproved drug. The letter orders the companies to respond within 15 days of its issuance and states that the agency is “very concerned about the growing popularity of delta-8 THC products being sold online and in stores nationwide.”

Delta 8 remains a legal, albeit unregulated cannabis market in Virginia

What’s the Deal with Delta 8?