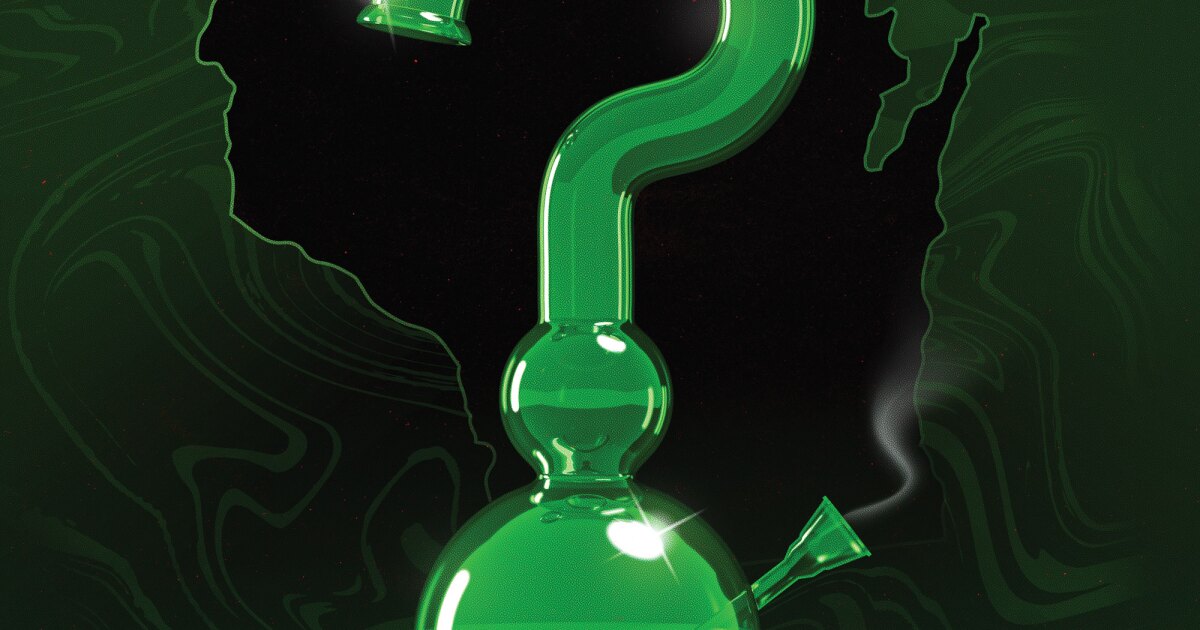 Delta-8 THC has been popping up in stores around the country. But what is it? It’s related to marijuana, but because of its makeup it’s legal in Wisconsin, at least for now.

“I think I would start by talking about what exactly is in cannabis. Because there are two main components. There’s CBD. And there’s THC. And there are lots of different types of THC,” says Walter.

Walters suggests that we may have heard of Delta-9 THC, which cannabis plants have a higher concentration of Delta-9 THC. But if you have not heard of it before, what is Delta-9 THC? It is the main psychoactive ingredient in marijuana—it makes people high—and it is what the market heavily regulates.

Delta-8 THC on the other hand is a cannabinoid, or a compound, that can occur in very small quantities in cannabis and hemp plants and can also make people high.

“[Delta-8 THC] can be used for things like pain management … and relaxation. It’s comparable to Delta-9 THC, but it’s not the same. It’s a slightly different compound,” says Walter. “So they work similarly in the brain, but they’re not exactly the same chemically.”

In the eyes of the law, cannabis is different from hemp and therefore regulated differently. In Wisconsin, we have a ban on cannabis—anything with more than 0.3% Delta-9 THC.

“Under the 2018 Farm Bill, which is the main piece of legislation that governs hemp production throughout the US, that’s the thing that legalizes hemp, which again, is the cannabis sativa plant that is bred to have less than 0.3% Delta-9 THC,” explains Walter.

But as far as Delta-8 THC, it is unregulated at this point, and we don’t have laws in place that say yes or no — “you can sell this,” says Walter. However, the laws can change, and there potentially could be a time when the state could see Delta-8 THC more tightly controlled.

While places like shops, grocery stores and gas stations are taking advantage of the grey area, other businesses are wary of the risk, notes Walter. Walter says she personally knows someone who is refusing to sell it since the current status is in limbo.

“[Delta-8 THC] is technically a schedule one drug in the eyes of the of the DEA, but at this point, it doesn’t have any bearing on it right now. So Delta-8 THC is just kind of this weird ‘Wild West’ of hemp products and cannabis products,” says Walter.

Walter highlights that there is little research on how Delta-8 THC affects people, but there seems to be little danger surrounding the strain so far. What we know is that Delta-8 THC acts in a similar way as Delta-9 THC. Walter says, again, the main issue is that currently, it’s an unregulated market.

Paying attention to the labeling can be really helpful when deciding which Delta-8 THC product is safe or not.

“If you’re buying something online that has like no information about it, or you’re going to a gas station, and you’re looking at the product, and there’s not a lot of details on the labeling, you might want to steer clear of it,” says Walter. “If you’re looking at a product, there usually should be some sort of indication that has been tested by a third party laboratory. And usually those lab tests will tell you exactly what they’re finding in the product.”

Overall, Walter says this is a buyer beware situation. “The safest you can be is to make sure that extra information is there that holds the seller accountable. Usually those third party lab tests and to make it easy to a lot of products will have like a QR code on them that you can scan and the lab report should come up right away,” says Walter.

4 Things to Know About Delta-8-THC, the New Cannabis Drug