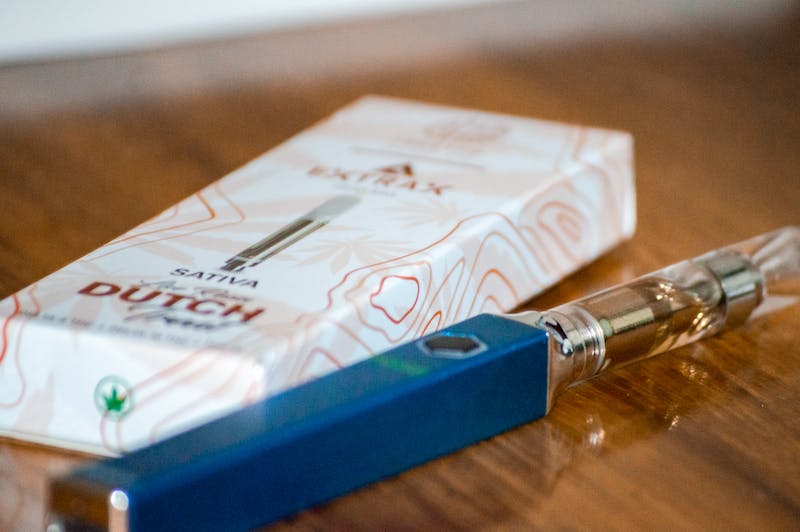 Being a teenager is exhausting, and sometimes, you need to take a break from not paying taxes and being a hormonal gasbag. Luckily for us young adults, centuries of human ingenuity has yielded several ways to become temporarily oblivious to the happenings of life, the most accessible of which are recreational drugs and alcohol.

This raises an important question, though: can we reconcile this idea of youth, with all its institutions, with responsible drug use? Well I thought so, but after talking to the guy that sells drugs to my friends, I’m not so sure anymore. Let me explain.

Teens are in a weird place regarding mind-altering substances. By virtue of being teenagers, we cannot legally purchase these substances. And yet, nicotine, alcohol and marijuana have been – and continue to be – pillars of the American teenage experience. So, how the heck do teenagers even get this stuff?

Given its accessibility in a state where recreational marijuana is illegal, a cheap price tag and the ability to put you on your behind, delta-8 gummies are what teens find themselves dealing in.

As people begin talking about places that sell such goods, a loose hierarchy of weed-stocked venues begins to emerge.

(Because my mom reads this paper, I will clarify that I do not use any illicit substances, but it’s very fun to watch this hierarchy and how it moves as an outsider.)

At the end of my high school tenure, a clear favorite became apparent, a titan in the local THC edible market that stood head and shoulders above the rest because it carried freakazoid brain-melting weed edibles.

I wanted to examine the relationship teenagers have with illicit substances, and what better way to do so than to drop by, and see what the people working at such a legendary shop had to say about kids and drugs? So that’s what I did.

Upon entering, almost everything, from the wall of nicotine products behind the cash register to the vaguely bathroom-scented chip aisle, is reminiscent of any other convenience store. Of interest to me, however, was the big glass counter next to the cash register, displaying a colorful array of drug gummies and various paraphernalia.

My relationship with these edibles, which I must stress was purely as an observer, has been largely positive. These edibles garnered notoriety at my high school – a good time inbound.

Bill, a long-time employee of this convenience store, established very early on in our conversation that his products are “definitely legal in North Carolina.” In fact, most hemp derivatives are not illegal in N.C., including delta-8 and hemp-extracted edibles with delta-9 below a certain threshold.

Regarding who he sold these edibles to, Bill seemed to believe in the autonomy of the not-quite-legal young adults that make up his patronage.

“When you’re over 18, you can make your own decisions,” Bill said, a statement that I – on the cusp of 18 – agree with very strongly.

When I asked whether he thought illicit substances were a crucial part of party culture, I was a little surprised by his answer:

He even added that addiction to THC gummies and other weed products is harmful. I asked Bill if he thought young people getting high was a good thing. He replied very quickly, and in no uncertain terms:

You know, Bill is right on these last few points.

Recreational drug use has killed hundreds of thousands, and irreversibly damaged the health and relationships of so many more. We all know this. Nobody leaves American secondary education without some concept of how dangerous drugs are.

Yet, popular culture has shown us that drugs are glamorous: to be young and reckless, to party, all entails drug usage. But when someone is facing the decision to start using “serious” drugs, with knowledge of how it may affect them, do you think they are throwing away their lives for an aesthetic? Well, I don’t.

Why do people do drugs? I think at least some of it is because other people will do those drugs with them. And to some people, that sort of connection can be hard to come by.

If you don’t want kids to do drugs, give them somewhere else to belong. If you wanna do drugs, fly high and trip safely. Engage in harm reduction techniques. Know the risks. Keep those you can trust close by.

And if anyone wants to get edibles, hit me up. I know a place.

To get the day’s news and headlines in your inbox each morning, sign up for our email newsletters.

What exactly are Delta 8 Gummies? | Qrius