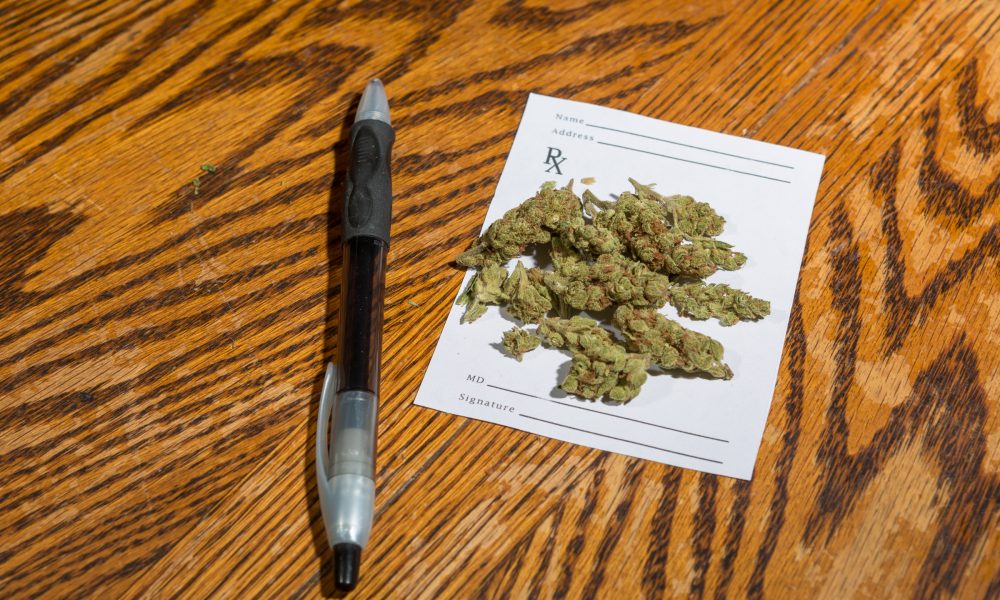 The pharmaceutical industry takes a serious economic hit after states legalize marijuana—with an average market loss of nearly $10 billion for drugmakers per each legalization event—according to a first-of-its-kind study.

The peer-reviewed research article, published in the journal PLOS ONE on Wednesday, looked at stock return and prescription drug sales data for 556 pharmaceutical companies from 1996 to 2019, analyzing market trends before and after the enactment of medical and adult-use cannabis legalization laws at the state level.

The stock returns were “1.5-2 percent lower at 10 days after legalization,” the study authors founds. “Returns decreased in response to both medical and recreational legalization, for both generic and brand drugmakersInvestors anticipate a single legalization event to reduce drugmaker annual sales by $3 billion on average.”

“Our results show that cannabis legalization is associated with a decrease in the stock market returns for pharmaceutical firms.”

There are plenty of anecdotal reports, data-based studies and observational analyses that have signaled that some people use cannabis as an alternative to traditional pharmaceutical drugs like opioid-based painkillers and sleep medications.

But this study’s finding that “cannabis entry decreases returns for both generic and brand drug makers is novel,” the California Polytechnic State University and University of New Mexico researchers said.

“By expanding access and, thus use, legalization could permit cannabis to compete with conventional pharmaceuticals. Largely unpatentable, cannabis may act like a new generic entrant following medical legalization, leading some individuals to substitute away from other drugs toward cannabis. However, unlike a conventional new generic drug, cannabis use is not restricted to a single or limited set of conditions. This means that cannabis acts as a new entrant across many different drug markets simultaneously.”

While a 1.5-2 percent drop in drug company returns might not sound like a lot for the lucrative pharmaceutical industry, the authors said that the difference is “statistically significant, and persists during the 20 business days following” legalization.

“We find the average change in a firm’s market value per legalization event is $63 million with a total impact on market value across firms per event of $9.8 billion,” the study says.

It’s not that the pharmaceutical sector is hemorrhaging money overall. As the study shows, returns still grew at a consistent pace in the weeks after states ended prohibition—just not at the pace that analysts and investors had initially expected. It’s that difference in expected versus actual returns, in addition to decreased drug sales, that appears to be partly attributable to legalization.

Also, it should be noted that, for brand drugmakers, the returns “depart later from the control [post-legalization], the difference is smaller, and it disappears a few days after the event.” It’s a different story for generic drug companies, where the investor response to marijuana reform “is larger in magnitude and is persistent.”

The study also factored in shifts in pharmaceutical drug sales post-legalization. “Using the historical price-to-sales ratio of drugmakers for the year associated with each legalization event, this implies a change in annual sales across all drugmakers of $3 billion per event,” it says.

Taking these findings a step further, the researchers also estimated that “predicted annual prescription drug spending would have been $1 billion lower in 2014 if all 30 states without legal medical cannabis in 2014 had legalized medical cannabis.”

“In addition to capturing a larger number of drugs, a larger number of conditions, and all payers, our estimate may be larger also because, unlike [researchers on a previous study], who take drug prices as given, our estimate captures the competitive pressure on prices that cannabis puts on both brand and generic drugmakers for both prescription and over-the-counter drugs,” it says.

However, there are limitations to the study that the authors describe.

“For private and public drugmakers, we expect the response to legalization to include investment and marketing,” the study concludes, citing the fact that Pfizer spent billions to acquire a “biotech company that focuses on cannabinoid-type therapies.”

“Looking beyond effects for different stakeholder populations, our study suggests cannabis might be a useful tool for increasing competition in U.S. drug markets,” the authors said.