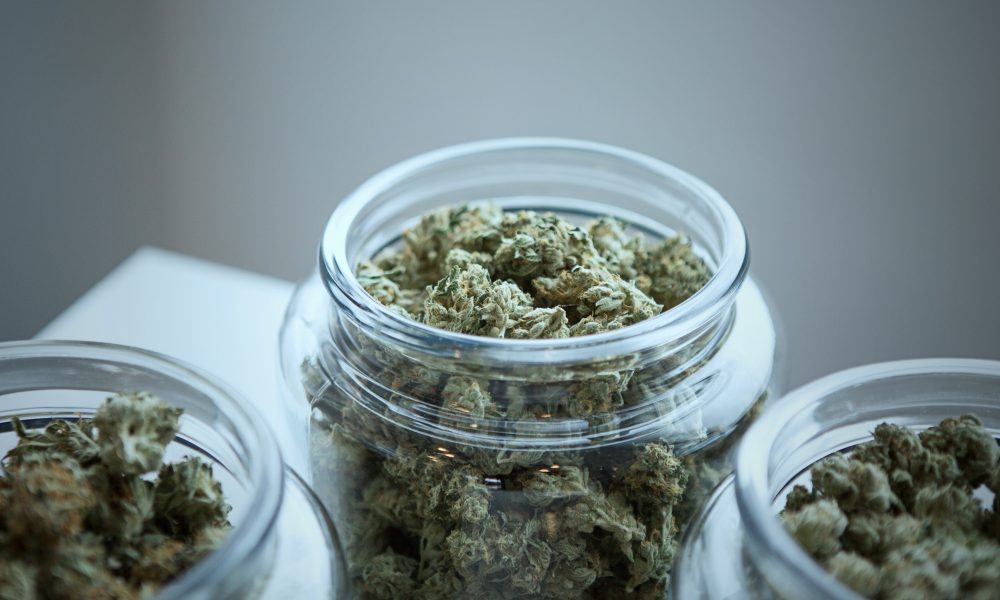 With New York regulators set to begin accepting applications for the first round of adult-use marijuana retailer licenses for justice-involved people on Thursday, the Office of Cannabis Management (OCM) has released a regional breakdown showing how those initial dispensary approvals will be distributed in regions across the state.

This is just the first step toward launching recreational marijuana sales, with regulators showing their commitment to promoting industry equity by prioritizing people who have been directly impacted by the drug war. Applications for additional retailers will be more broadly accepted in the future.

But for now, OCM has provided a geographical breakdown of the maximum number of conditional adult-use retail dispensaries (CAURD). Up to 150 licenses will be awarded across 14 regions of the state, with most concentrated in New York City boroughs like Manhattan, Brooklyn and Long Island.

Here’s the table showing the regional distribution of the special license type:

“The primary goal of the CAURD license is to create opportunities for New Yorkers harmed most by the prohibition of cannabis,” Aaron Ghitelman, a spokesperson for OCM, told Marijuana Moment. “Part of that is granting up to 150 CAURD licenses to individuals who themselves, or their close family members, have had past eligible cannabis-related offenses and have ownership stakes in profitable businesses.

People who receive CAURD licenses will be able to access a $200 million Social Equity Cannabis Fund and also be eligible for “turnkey storefronts currently being secured and built out by Dormitory Authority of the State of New York (DASNY).”

“This first-in-the-nation Fund will give these entrepreneurs the capital necessary to compete in New York’s adult-use cannabis market,” Ghitelman said.

Applications for the conditional retailer licenses must still be reviewed on a regional basis, so the numbers from OCM don’t necessarily reflect the number of storefronts that will be opened under the program. It just shows that maximum that will be accepted per region.

In order to qualify for the special retail license, applicants must have faced a conviction for a cannabis-related offense prior to the enactment of legalization in the state, or have a direct relative with such a conviction, and they must also have experience operating a qualifying business.

Regulators have also expanded the definition of a qualifying “justice-involved” individual to include people who were arrested for marijuana but convicted for a lesser offense, which advocates view as a positive step that will broader the applicant pool.

Additionally, regulators say that up to 25 of the CAURD licenses will go to eligible non-profits—”specifically organizations with a history of serving justice-involved individuals and creating vocational opportunities for them.”

Those non-profit organizations will not be entitled to the Social Equity Cannabis Fund and they couldn’t access the state-approved turnkey facilities so they’d have to operate their own compliant storefronts.

There are additional conditions that non-profit organization applicants must meet to qualify for the first round of retail licenses. For example, they must have a justice-involved individuals on the board, office, governing committee or advising committee member.

They must also have at least five full-time employees and have been recognized as an entity under the federal Internal Revenue Code.

“These dispensaries will help create further job opportunities for justice–involved individuals while their operations will support the important work the non–profit organizations are already doing across New York State,” Ghitelman said.

In anticipation of the CAURD license applications opening, the mayor of New York City on Monday announced the launch of a new program to promote cannabis industry equity by supporting entrepreneurs most impacted by the drug war.

The Cannabis NYC initiative aims to initially help would-be dispensary operators complete the licensing application process, but is also promising to provide “support beyond the license” by connecting “aspiring cannabis entrepreneurs to no-cost services, along with technical assistance, to support successful businesses.”

Meanwhile, the state Cannabis Control Board (CCB), which also approved the state’s first round of recreational cannabis processor licenses last week, has encouraged eligible retailer applicants to start collecting the documentation they need to take advantage of the equity application opportunity.

With respect to retailers, OCM Executive Director Chris Alexander said last month that the office diligently reviewed and responded to public comments on the proposed rules for conditional retailers, but there’s still been some frustration among stakeholders who feel that the input was not thoughtfully incorporated.

For what it’s worth, a poll found that most New Yorkers voters are against that proposal to prioritize retail licenses for justice-involved people.

Separately, OCM also recently publicized dozens of cease and desist letters that they have sent to businesses accused of illegally selling marijuana as the state prepares to launch its adult-use market.

But there’s been skepticism about the accuracy of the office’s enforcement targets. Some businesses that were named as operating illicit marijuana shops say they never received the notice; others, including one event and catering business, say that were wrongfully targeted, denying that they’ve been involved in cannabis sales.

As it stands, adults 21 and older can possess and publicly consume cannabis, as well as gift marijuana to other adults as long as they aren’t being compensated.

During April’s CCB meeting, regulators also approved revised regulations to allow medical marijuana patients to grow their own plants for personal use following a public comment period on initial rules that were proposed last year.

In general, the rule would allow registered patients and caregivers to grow up to six plants, only three of which could be mature. They could possess up to five pounds of cannabis derived from those plants, which is consistent with the state’s adult-use legalization law.

Meanwhile, New York lawmakers recently sent a budget proposal to the governor’s desk that includes provisions to let marijuana businesses take state tax deductions that are available to other industries despite an ongoing federal ban on cannabis. That was signed into law.

Hochul has repeatedly emphasized her interest in efficiently implementing the legalization law.

The governor released a State of the State book in January that called for the creation of a $200 million public-private fund to specifically help promote social equity in the state’s burgeoning marijuana market.

That proposal was also cited in the governor’s executive budget, which was released in January. The budget also estimated that New York stands to generate more than $1.25 billion in marijuana tax revenue over the next six years.

Hochul said that while cannabis business licenses have yet to be approved since legalization was signed into law last year, the market stands to generate billions of dollars, and it’s important to “create opportunities for all New Yorkers, particularly those from historically marginalized communities.”

OCM has also been putting out PSAs to promote public education about the marijuana policy change, including a first-of-its-kind taxpayer-funded marijuana ad that aired in most of New York during an NBA Finals game last month. The PSA boldly addressed the racially discriminatory harms of cannabis criminalization and highlighted steps that state regulators are taking to right the wrongs of prohibition.

CCB also wants the opportunity to showcase its marijuana PSA campaign on the social media app TikTok, but it was told by the company previously that it could not use the platform because of its existing ban on the use of the word “cannabis.” The department recently sent a letter to TikTok, requesting a policy change for government marijuana-related ads that concern public education.

Here are some other ways that New York lawmakers and regulators are working to promote drug policy reform as the state prepares to implement retail marijuana sales:

Last month, Hochul announced that the state had awarded $5 million in funding to community colleges to support the development and improvement of courses and programs specifically meant to help people secure jobs in the marijuana industry.

The New York Senate approved a bill in June that would require public health insurance programs to cover medical marijuana expenses and clarify that private insurers are allowed to do the same.

Both chambers of the state legislature have passed a measure to encourage businesses to use hemp materials for packaging, construction and other industrial purposes.

The state Department of Labor separately announced in recent guidance that New York employers are no longer allowed to drug test most workers for marijuana. Even prior to the enactment of legalization, New York City officials had established a local ban on pre-employment drug testing for cannabis.

A recent legal directive from the New York City Law Department (NYCLD) has put police and firefighter drug testing policy in the spotlight after a document that was leaked from the New York Police Department (NYPD) signaled that officers would no longer be subject to pre-employment, random or scheduled screening for cannabis because of the legal analysis.

A firefighters union claimed credit for the new directive, saying that it was responsive to inquires that it made to the city.

Separately, Adams says he’s looking into the idea of authorizing marijuana to be grown in greenhouses on the rooftops of public housing buildings—an ambitious proposal that’s unlikely to sit well with the federal government, which provides funding to support the NYC Housing Authority (NYCHA).

A New York senator filed a bill in May that would legalize what would essentially be licensed community marijuana gardens for people who aren’t able to cultivate cannabis at their own homes.

Also that month, a New York Assembly committee advanced a bill to establish a statewide safe consumption site program, allowing regulators to authorize facilities where people could use currently illicit drugs in a medically supervised environment.

Meanwhile, a New York lawmaker introduced a bill last year that would require the state to establish an institute to research the therapeutic potential of psychedelics.

Another state legislator filed a bill in December to legalize psilocybin mushrooms for medical purposes and establish facilities where the psychedelic could be grown and administered to patients.